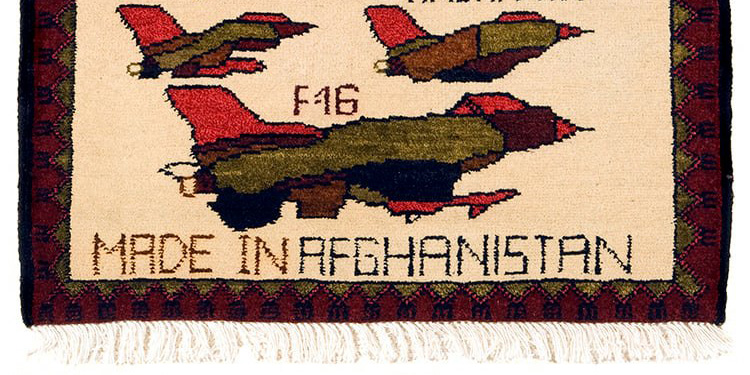 Afghan war rugs have been produced since 1979, when the Soviet military invaded Afghanistan, and combine the weaving methods and formal styles of conventional Afghan rugs with unexpected images of war. Most commonly made in Afghan refugee camps in Pakistan, these material objects became increasingly popular since 2001, when Afghanistan once again became a site of global conflict. This rug in the collection of Nickle Galleries contains details commonly used in these textiles. A map with the Tora Bora mountains to indicate Afghanistan is framed by tanks and fighter jets, Afghan and American flags, and text containing names of other countries and dates. The narrative constructed as these different elements come together tell a flattened story of the Afghan war, a way to locate the contemporary history of Afghanistan in relation to the War on Terror and international involvement in the region. Such a narrative indicates the audience for whom this cultural artefact was intended, primarily diplomats, NGO workers, and military personnel who were eager to purchase a souvenir that memorialized the context of their time in the country. 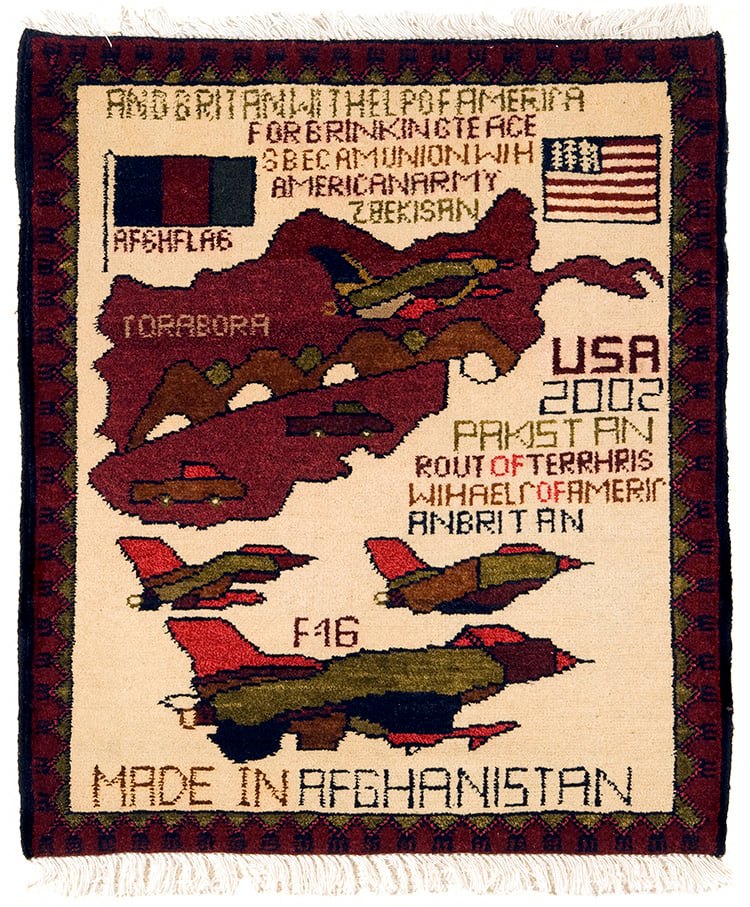