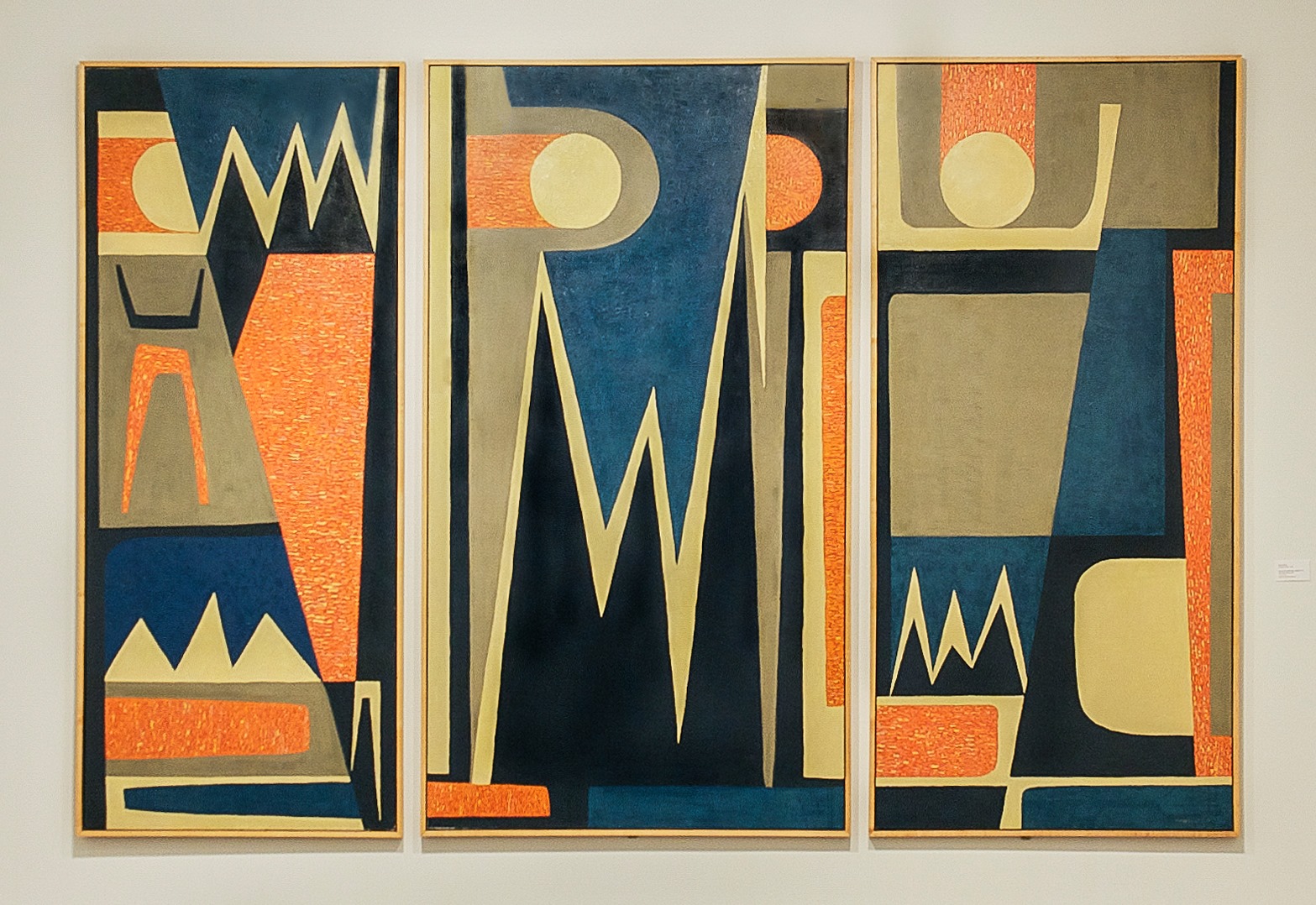 Those of us who work in art galleries and museums are privileged in our appreciation of the works of art in our collections. Privileged in ways which members of our viewing publics are not. Our experience with these works of art are more intimate. We can hold the works in our hands and experience their physicality firsthand and, by so doing, have a deeper understanding of their aesthetic, and metaphysical qualities.

I always appreciated Journey To The Mountains in a formal sense – I admired Nicoll’s use of colour, her eye for composition, her choice of materials and the way she varied the surfaces – but it wasn’t until I was tasked with replacing the stretchers of the three canvases and re-backing them that the narrative of the triptych became real to me. It was not until I held the loose canvases in my hands that the work invoked in me the feelings that I had felt hundreds of times before when I journeyed from Calgary to Banff and back. Every trip I took to the mountains as a child with my grandparents, every time I hiked up Johnston’s Canyon, the summer I spend studying at the Banff Centre, and all the cross-country skiing and snowshoeing with my family, are all there for me in these three panels.

The painting, itself, has another story to tell. According to Bruce O’Neil, Journey To The Mountains was a commission that was rejected by the patron after it was finished. When Marion Nicoll was leaving her home to live in a senior’s complex, O’Neil and a few of Nicoll’s younger colleagues and former students were clearing out her residence and found the three canvasses rolled up in her garage. I hope the story is true.

(When still a student at University of Calgary, Don Sucha began working part-time at the Nickle in 1980. He became a full-time preparator in 1981 and later also coordinated the practicum component of the Museum and Heritage Studies program. He retired in 2009 but has not left campus, as he is working towards a degree in Art History. Don was awarded the Order of the University of Calgary in 2007.) 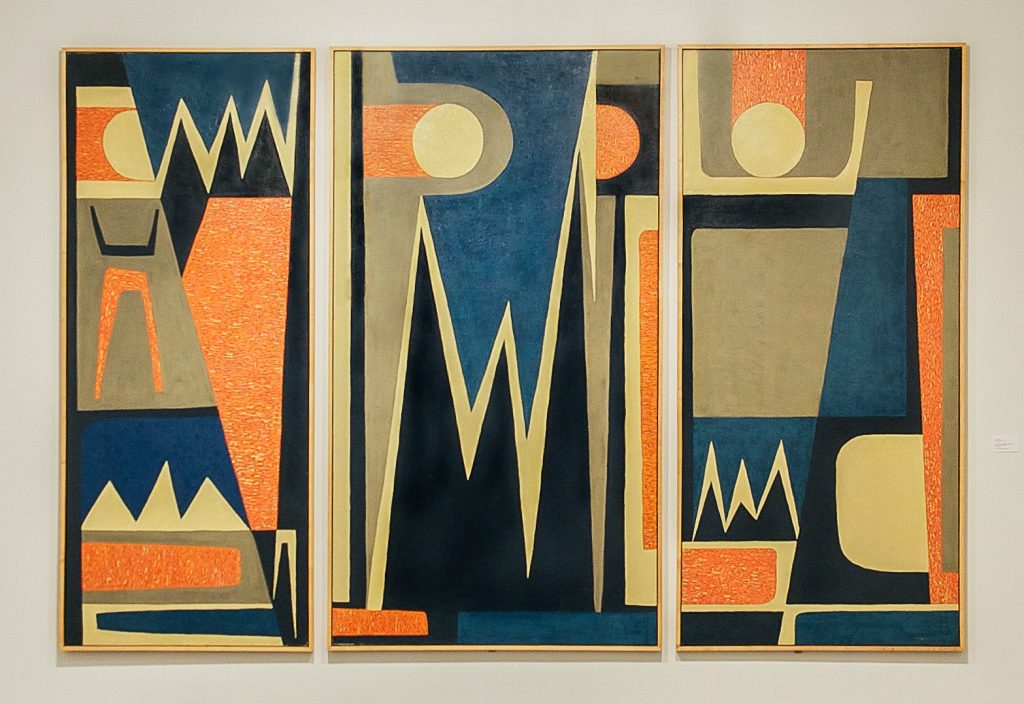