Three days after the pandemic was announced, I saw a rainbow from end to end, like a miracle in a terrifying storm. Then I saw a rainbow chalked onto the sidewalk, painted onto a window, another, another. Rainbows are being shared widely as symbols of hope in this time of collective and existential turmoil.

I first saw Rainbow Mandala by Jack Wise (1928-1996) as another synchronous rainbow. Then I looked deeper. In 1966, Wise received a Canada Council grant to study the creation of sacred art with refugee Tibetan Buddhist monks in North India. The title of this 1968 lithograph suggests it’s influenced by that time.

Mandala (Sanskrit) means circle, or disk. Mandalas are geometric configurations of symbols, representing the structure of the universe and aiding meditation. Rainbow, I believe, refers to the “rainbow body”: an immaterial, invisible body that continues to exist after the physical body of a Tibetan master releases to the essence of the five elements without a trace, in service to all beings.

Are we looking at the multicolour round universe, containing all experience, floating on a blue infinity? A body, immaculately exploded to enlightenment? A miracle? A special kind of eye, which can see such things? 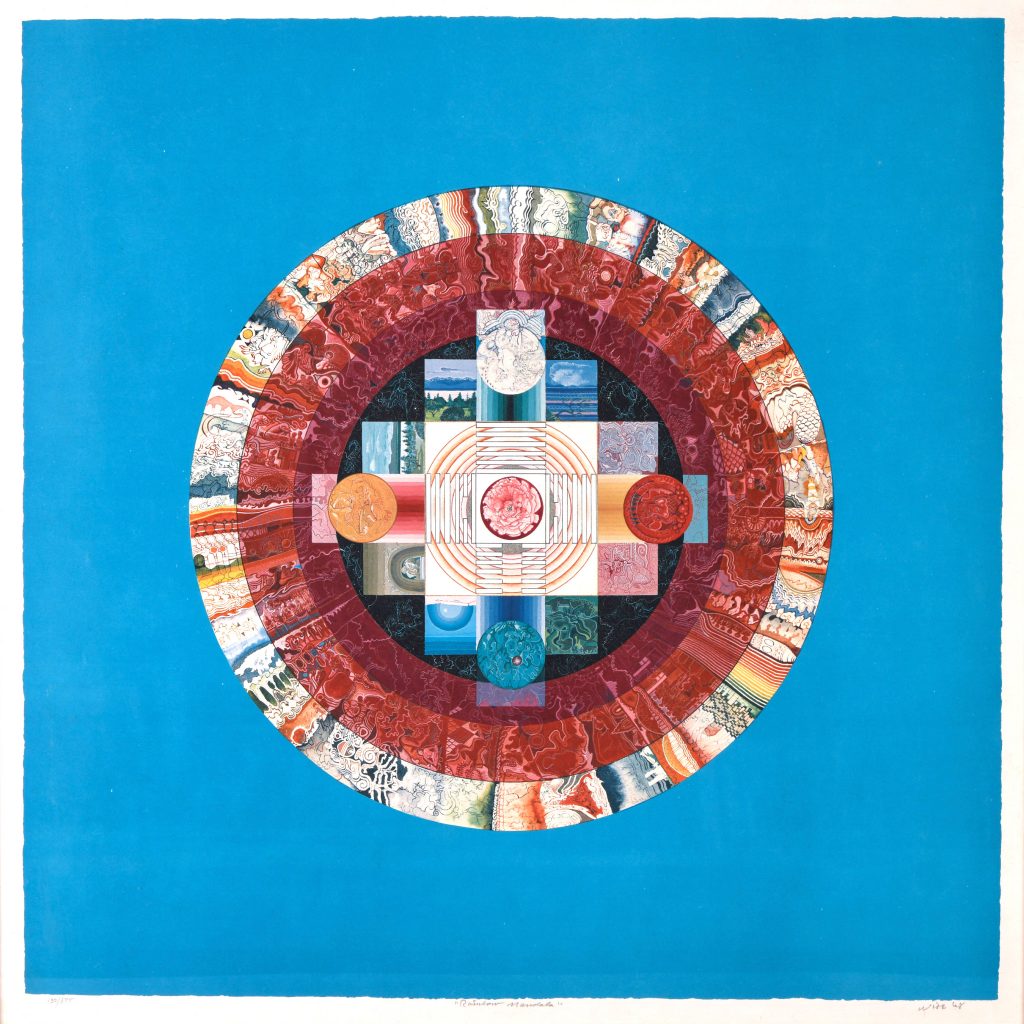