Nickle Galleries is home to this incredible Belgian tapestry depicting a baptism scene. Made circa 1510, the focus of the composition is a tightly swaddled baby who scholars believe may represent Henry VIII. The babe is positioned before a baptismal font and is surrounded by elegantly dressed men and women. This tapestry highlights the performative nature of religious ceremonies and provides a glimpse into the pomp of sixteenth-century court culture.
Tapestries were prized objects during the Renaissance. They were hung on walls (in contrast to our contemporary practice of placing them on floors) and served the practical function of providing insulation to a room. They were also elaborate backdrops that reflected the wealth of its owner as the cost of a tapestry far exceeded most other portable media such as paintings or prints. As such, they were the ultimate early modern status symbol.
Artists of the highest caliber were involved in tapestry design. For example, in 1515, the famous Renaissance artist Raphael was commissioned by Pope Leo X to produce a series of cartoons for tapestries to be hung in the Sistine Chapel. These cartoons were then sent to a workshop in Brussels to be weaved following Raphael’s designs. This workshop may be the same one that produced the baptismal scene in the Nickle Galleries.
I chose to highlight this tapestry because of its importance to my teaching of Renaissance art at the University of Calgary. Through close study of objects such as this tapestry, students of art history can acquire a more comprehensive understanding of the physical properties of a range of visual culture. It also affords the opportunity to interrogate the role of diverse media in the circulation and formulation of knowledge in the early modern world. 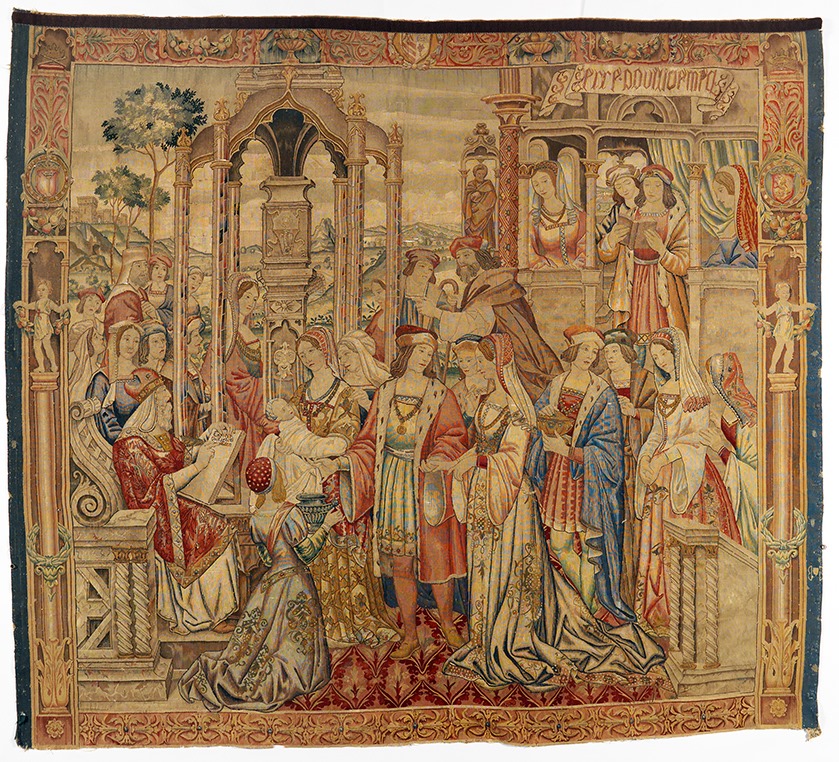