This etching in Nickle Galleries collections is taken from Francisco Goya’s Disparates, or Follies, a series of prints executed in 1816-19 and published posthumously, which skewered the irrationalities and obscenities of his day. Moving in his career from the court painter of Spanish King Charles III to isolated social critic, the mysterious and disturbing images Goya produced near the end of his life were banned and remained unknown for decades after his death. In this print, known as the Disparate de Miedo (Folly of Fear), Goya depicts a group of soldiers falling over themselves in terror before a looming spectre: death personified. Yet, upon closer inspection, a maliciously grinning face pokes out from the sleeve. Goya suggests thereby that the true enemy is only human after all: we are the victims of our own follies. I find myself thinking of this dark image during the pandemic. As we prefer our own twenty-first-century conspiracies to the collective planning needed to limit the impact of COVID-19, how would Goya picture us? 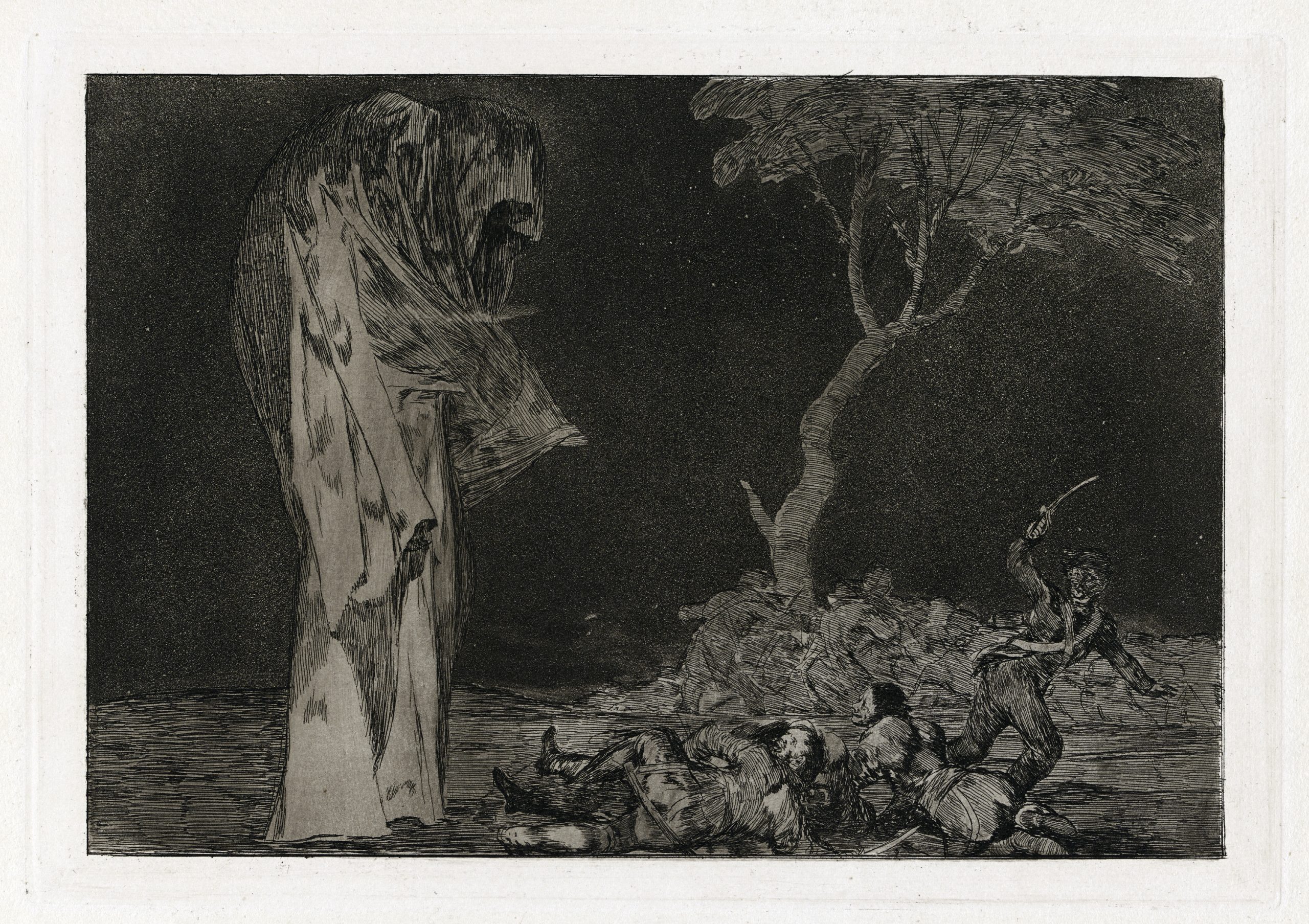