This coin produced by the moneyer Q. Cassius Longinus (a relative of the Cassius who assassinated Julius Caesar) features symbols that emphasize the links between the Romans and their gods. On the obverse we have the head of the Genius Populi Romani, the collective spirit of the Roman people. On the reverse we have a cluster of religious symbols: an eagle clutching a thunderbolt, representing the supreme god Jupiter/Zeus; a lituus, the curly staff used by diviners to ascertain the will of this god; and a jug, representing the priests called pontifices. The message seems to be that ritual expertise creates and maintains bonds between the Roman people and their gods, a nice encapsulation of Roman state theology. 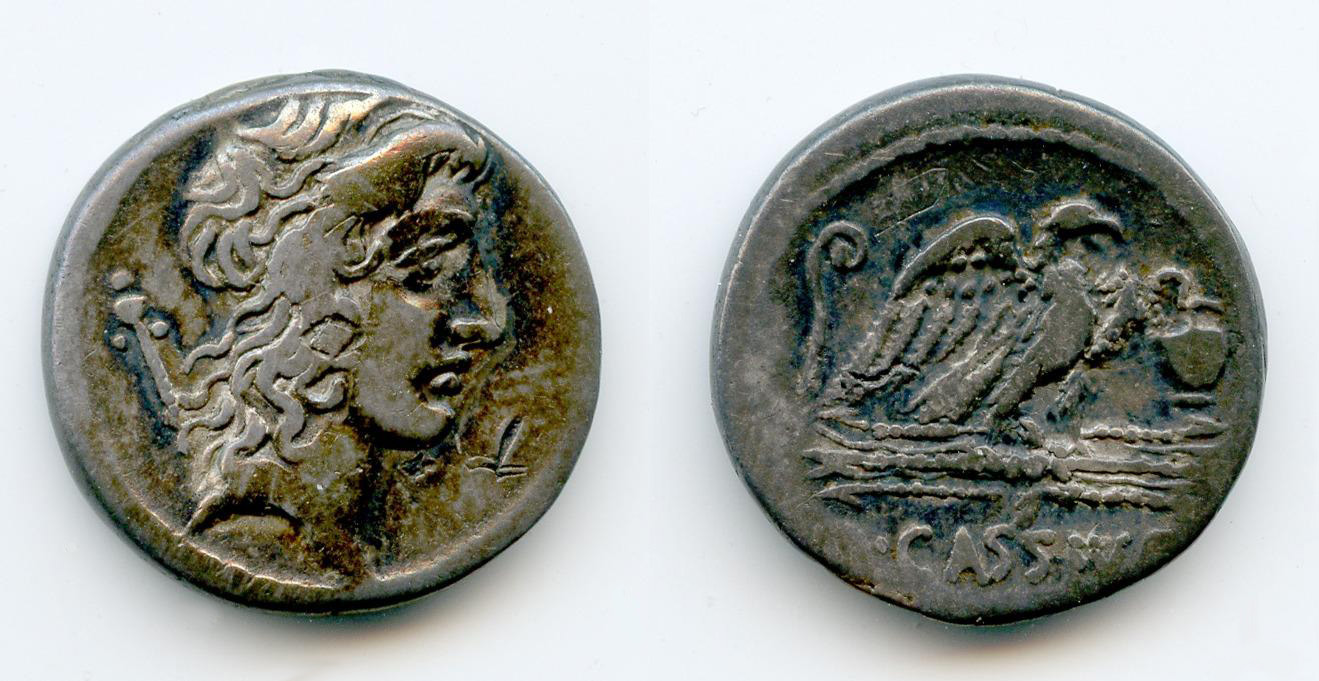