I sourced this kilim in Istanbul in the late 90’s from father and son textile dealers who were traveling in Central Asia collecting carpets, kilims and textiles following the breakup of the Soviet Union. This kilim comes from a group of Uzbek textiles that are strip woven, warp faced and are often referred to by the term ‘gagari-ghilam’. Its attraction for me transcended my established love of geometrical design to include a fascination with the fact that it was woven in the double-cloth technique. Every other kilim from this group that I have handled or viewed in publications have had floating warps on the back of the textile. I have always bought primarily with my eye but in this case both my eye and my curiosity drove the attraction. I am delighted that this piece has a home in the Nickle in the company of scores of other precious carpets and textiles. 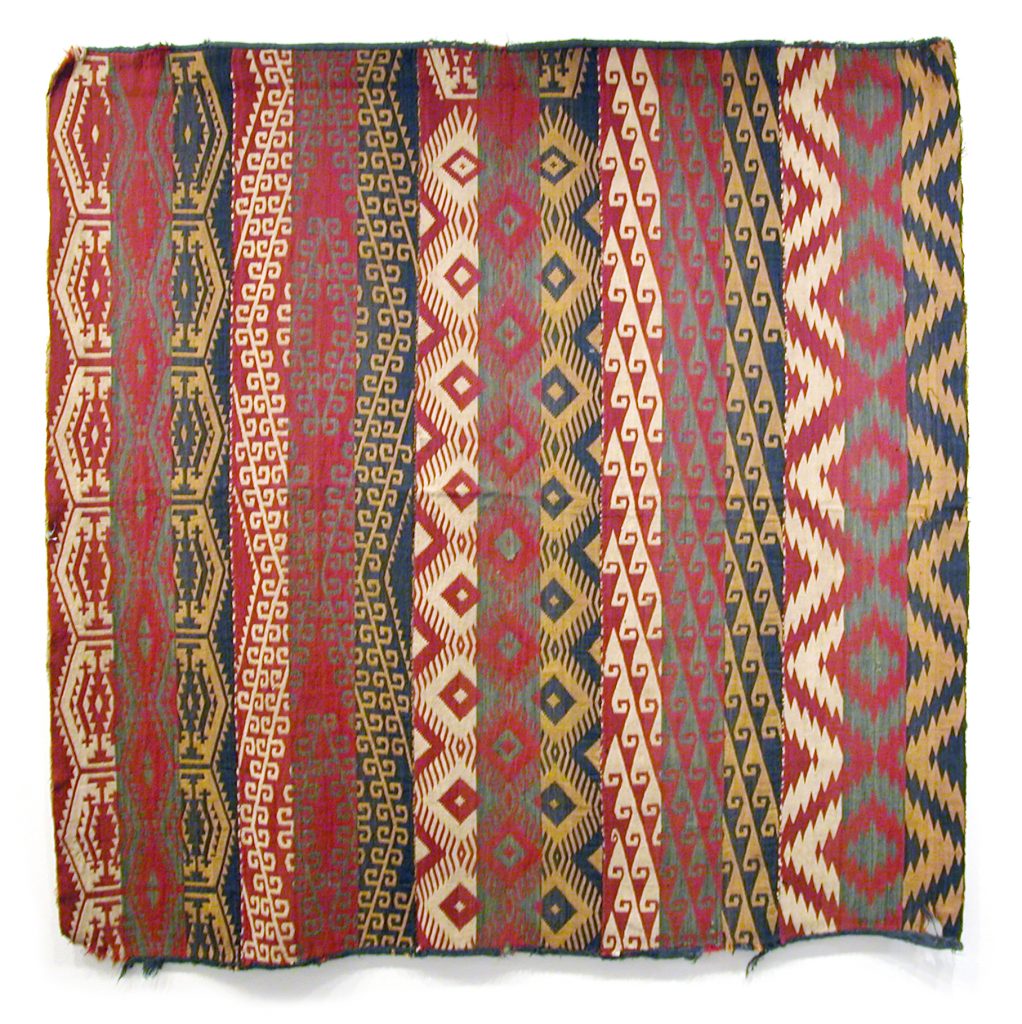