After Holbein – Turkish Carpets and the Tudors

The 16th century artist, Hans Holbein the Younger famously painted portraits of Henry VIII and other nobles with richly patterned Turkish carpets. Drawing on the Nickle’s textile collections, curator Michele Hardy, offers a selection of these distinctive carpets and explores how they signalled power and wealth.

Nickle Galleries is fortunate to have a collection of carpets similar to those made famous by the 16th century artist, Hans Holbein the Younger (c. 1497-1543).  Born in Germany, Holbein travelled to England in 1526 where his growing reputation eventually brought him into the service of Henry VIII, becoming the King’s Painter in 1536.  Holbein painted many members of British nobility, as well as wealthy merchants, scholars, and spiritual leaders as well as Henry VIII.  He frequently included Turkish carpets in his portraits, a device that signalled wealth and taste, as well as power and reach.  Holbein’s paintings of the king–many of which exist only as copies today–have been described as early forms of propaganda. Where imported carpets were considered too precious to place on the floor–except under the feet of the Madonna in early paintings–Holbein’s use of carpets under the King’s feet proclaims to his political and spiritual ambitions. 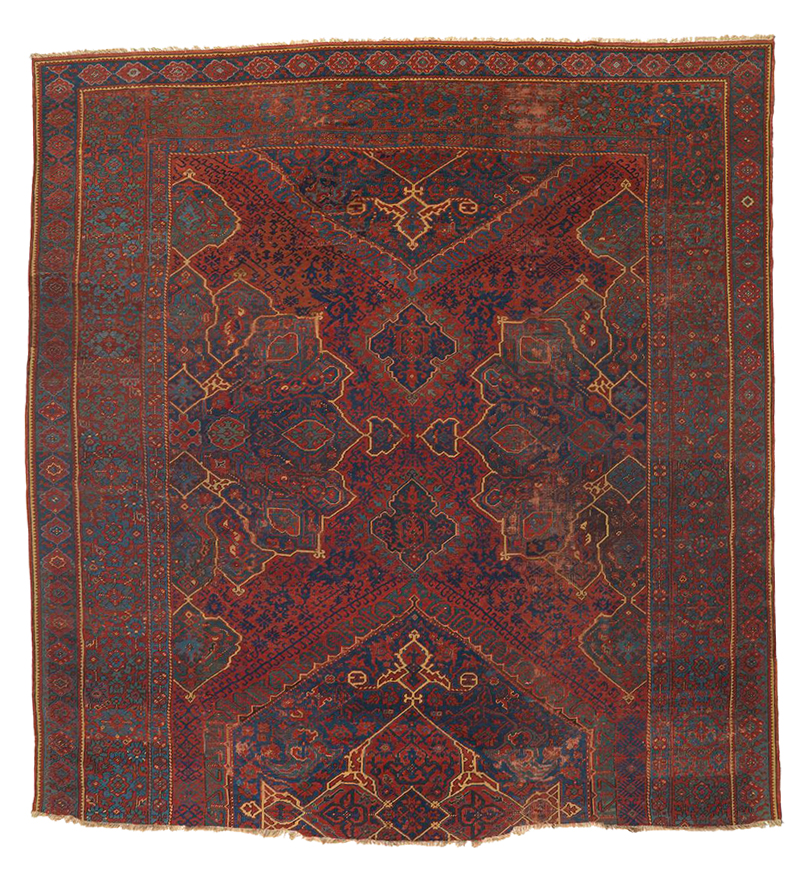