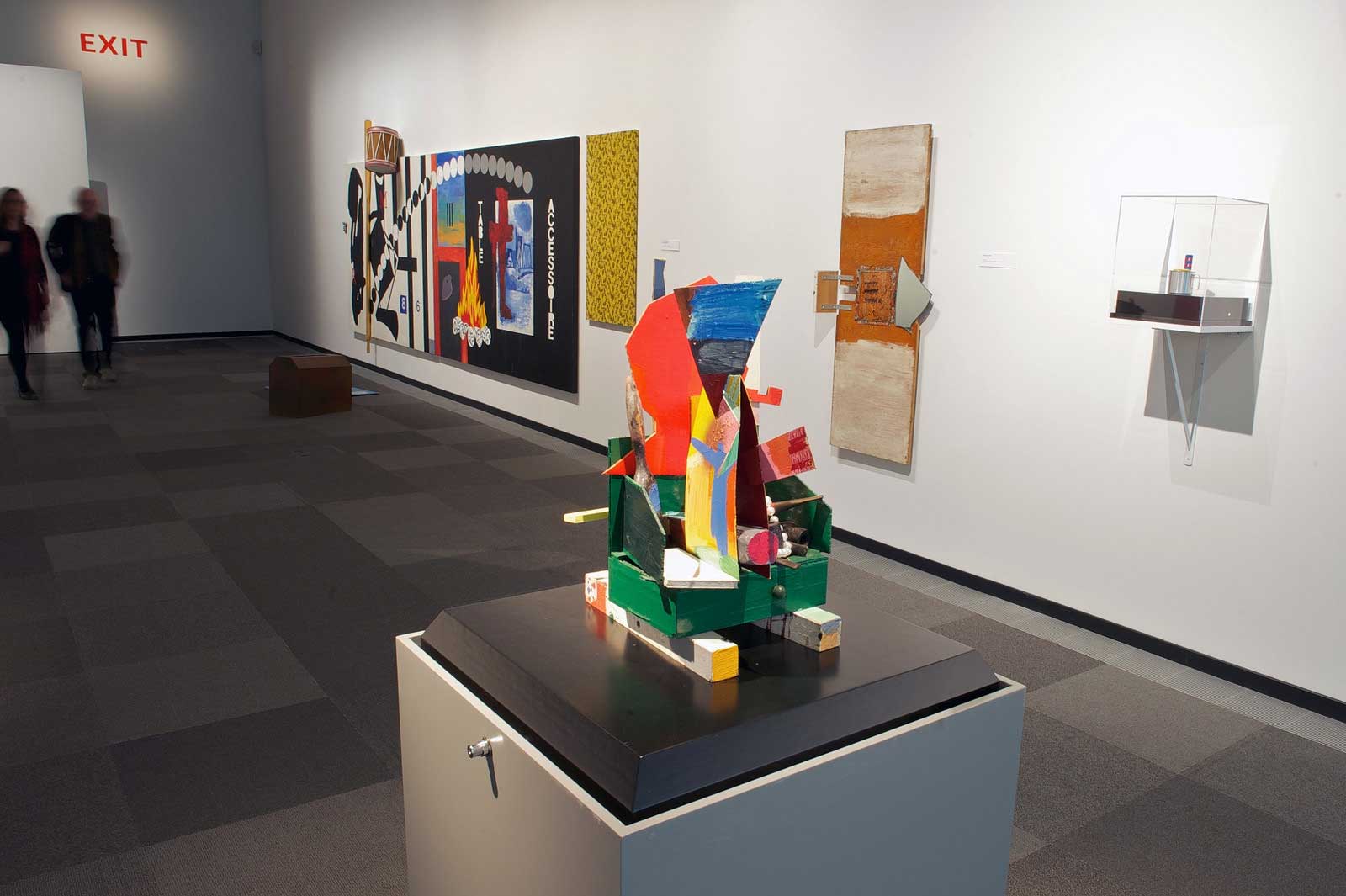 Sculptur(al) focuses on those works where Moppett blurs the distinction between painting and sculpture and underscores the physical or “real” presence of the painting as an object. Employing a multi-paneled structure first adopted from British painter Francis Bacon in the early 1970s, Moppett has continued to evolve the gambit, often joining two, three, four or six panels to sequence and unify disparate elements. This exhibition revisits Moppett’s work in a retrospective sweep, yet through a lens that looks not only to the conversations hidden in his private lexicon of painted images but also to foreground the commanding role of sculpture throughout his career.