No Photos… No Recordings… No Notes…

As a witness to colonial and sectarian violence in Northern Ireland –an era known as the Troubles— Brian Flynn has confronted some of the harshest realities of the human condition: fear, conflict and uncertainty.

The outcome is a series of paintings based on both the first-hand experience of civil war, and extensive research, including interviews with former members of the Irish Republican Army (IRA). Flynn’s artworks are augmented with a collection of material culture including original newspaper photographs, folk art, ammunition, and street furniture.

Drawing on memories of hushed family gatherings, ambushes outside his Catholic Grandparents’ cottage, and stories of militia business conducted in domestic settings, Flynn’s leanly figurative paintings are at once compelling yet unsettling. In a time of global instability between superpowers, and a renewed uncertainty over the border status between the United Kingdom and Irish Republic, No Photos… No Recordings… No Notes…  confronts many dark forces.

Unquestionably brooding, his canvases and auto-ethnographical oeuvre have value for everyone: overcoming adversity is an important step on the path to acceptance. This continuum is expanded with Repainting the Troubles being curated by an English Anglican, Dick Averns. As a witness to IRA bombings and police searches in England during the Troubles, and more recently an official Canadian war artist, Averns partnership with Flynn presents a powerful testament to navigating conflict through art.

The content of Brian Flynn’s international painting practice is based on domesticity, conflict, and anxiety. His work has been exhibited in Canada, Ireland, the UK and Scandinavia, and features in the collections of both the Alberta Foundation for the Arts, and University of Calgary’s Nickle Galleries. Brian received his MFA From the University of Ulster, has his art published in multiple catalogues, and is represented by the Herringer Kiss Gallery in Calgary.

As an artist, writer and curator, Dick Averns’ research practice recalibrates the commodification of space: probing how physical and mental spaces are valued, bought, sold, bartered, and even fought over. The curation of Brian Flynn’s work is Dick’s latest research into contemporary war art. Dick has been deployed with Canadian troops as an official war artist in the Middle East, and curates at The University of Calgary Founders’ Gallery at The Military Museums. 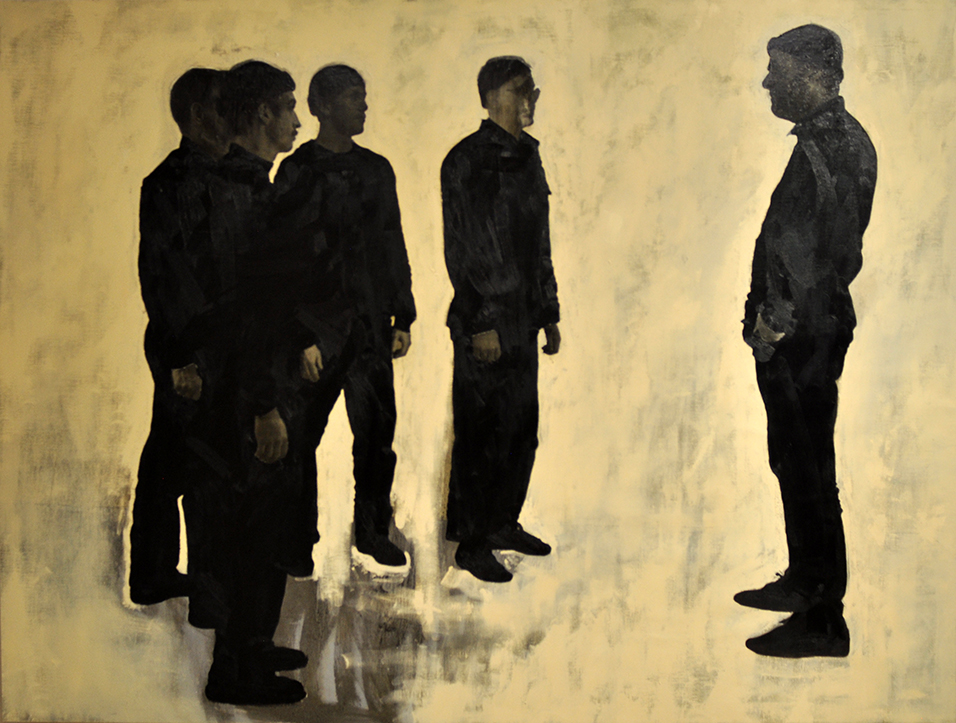