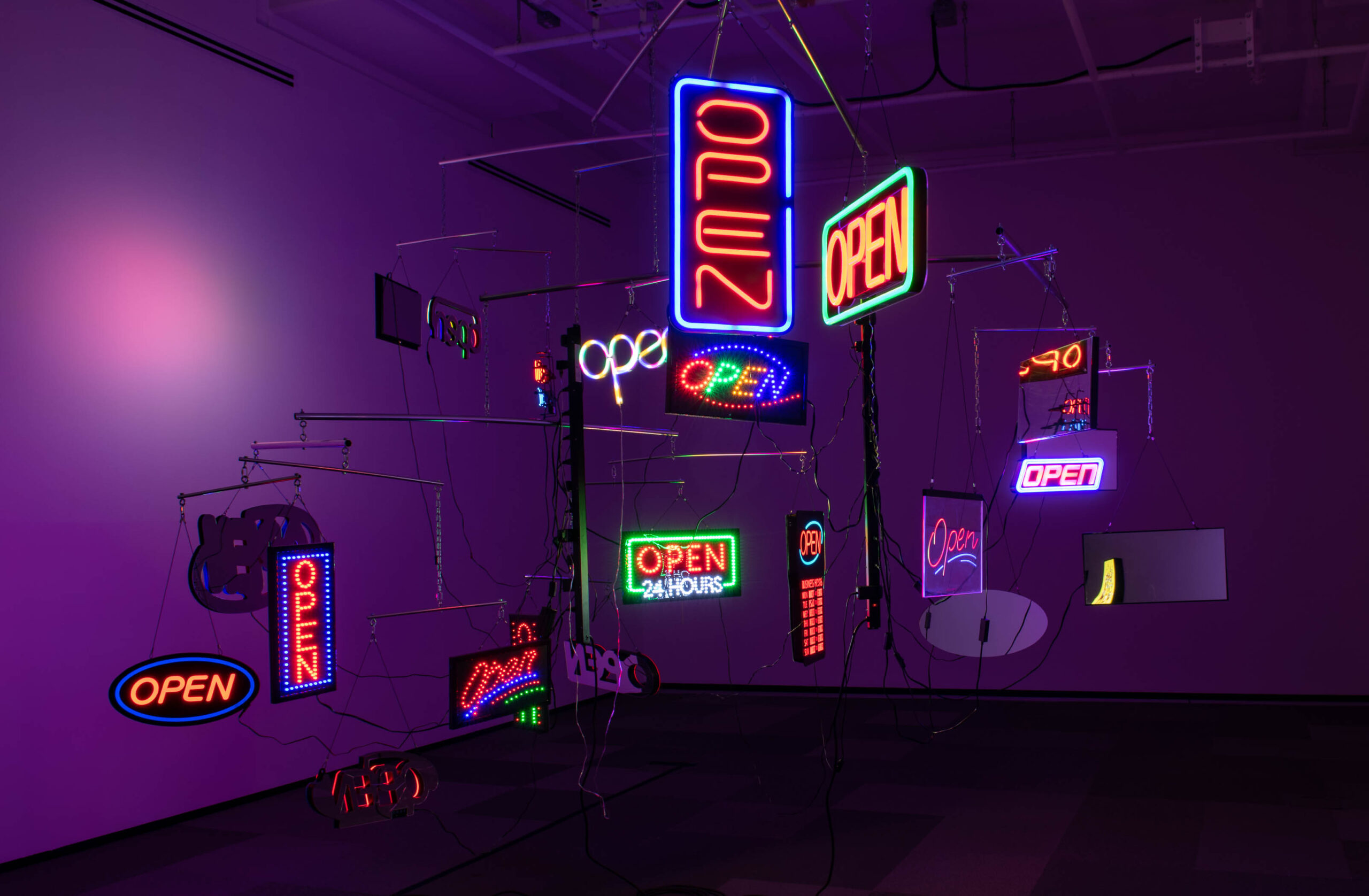 In SPECTATOR SPORTS, Kyle Beal uses objects and languages bound to the vernacular of contemporary life – mirrors and “selfies”, screens and platforms, along with ubiquitous flashing “open” signs – to reveal our own cultural obsessions in ways that are both witty and worrying. A wry and detailed observer, Beal’s conceptual art practice uses beautifully rendered drawings, found objects, and slickly made facsimiles to engage his audience and lead them to the complex reflections within.

When William Shakespeare penned “All the world’s a stage, and all the men and women merely players,” he was describing of a world in which each life was a sort of performance involving other people. He likely could not, however, have conceived of how lives are now lived online – the stage has become a relentless never-ending screen, a hall of mirrors and a ever present digital self that has no break between private and public. SPECTATOR SPORTS observes selfie culture, performance of identity, branding and consumerism all without judgement, rather with nuance, humour and surprise.

Beal holds a BFA from the Alberta College of Art and Design (2001) and an MFA from the University of Victoria (2004). His work has been exhibited across Canada and the USA in Montréal, Toronto, New York City, Calgary, Saskatoon, Seattle, Vancouver and most recently Kelowna. Notably, his work was presented in the 2015 Alberta Biennial of Contemporary Art at the Art Gallery of Alberta (Edmonton) and the Esker Foundation (Calgary) among others. Beal currently lives and works in Edmonton, and is represented by VivianeArt in Calgary.

SPECTATOR SPORTS speaks to the act of performing to a very real yet imagined audience, yet ultimately knowing the self as audience of one’s self-performance. Performances on this false digital stage reflect and magnify our own algorithmically refined individuality. This exhibition explores the dual role of commercialized self/mass content producer and consumer and the tension this creates in performing identity.

In the late 1670s Louis XIV began construction on his Hall of Mirrors. Perhaps his most famous legacy and symbol of projected wealth, power and luxury the Hall remains a lavish spectacle but was also a massive industrial undertaking melding cutting edge technology and civilization altering manufacturing processes. Novel because of the price, size and scarcity of mirrors, no one could have reasonably predicted the ubiquity of devices designed to regard oneself. Unforeseen was how the constant sight of oneself might affect and distort ones own behaviours and ego. Louis XIV could be considered in some ways the self branding Godfather of our times. The Sun King is known for extravagance and luxury but was also a wholly modern person savvy to the ways of crafting identity and selling it to a public through the arts.

Now, living under capitalism demands that we market our own existence and become brands and brand ambassadors. What is created is an economic hall of mirrors that’s all surface and illusion, I present a wall of custom mirrors doubles the exhibition space and doubles the self. This series of glass mirrors play with embedded text in varying degrees of legibility that allow varying degrees of reflection. Stymieing, frustrating, and abstracting both medium and message. The texts in play are self-generated and typically refer to the mirror, ones-self and the act of looking. Although mirrors are a readily available commercial product, I utilize the historical method known as “verre eglomise”; a process or applying metal leaf to the reverse of glass, in an attempt to recreate the once rarefied and covet-able object. The use of mirrors and mirroring operates on the premise that they are abstract images and simultaneously accepted as surrogates for reality. Surfaces for the projection of our own ego; looking at the work means staring at your favourite subject. These works are poised to simultaneously critique social media culture while aiming to parasitically capitalize on visitors’ inevitable selfies.

OPEN, is a work that explores the ubiquity, uniformity and excess. Finding 24 unique variations of the standard ‘Open’ sign, this work draws a parallel between the marketplace and its ability to produce a broad variety of options within a narrow scope of design parameters, and our own fixation of individuality as a value to aspire to, but only in so far as it continues operating within a societal structure that is crushingly conformist. That the each of the signs within the work was purchased through Amazon is really exemplar of the idea.

If everyone has the access to celebrity and can occupy their own personal stage, will celebrity eventually cease to exist? If we can all stand on the stage, what does that stage even mean? Perhaps the spectacle collapse is the collapse of spectacle. In these pseudo-realistic stage drawings interpreted from real images sourced online all that remains is framework and support. Has the stage been crumpled by the crowd, or an extravaganza shattered under its own weight? Revealed is a façade that can no longer be supported. Take the stage away and the performance moves into the audience. The destruction of the stages can be seen as an anecdote to the “curated” perfection fabricated in one’s digital persona. These stages speak to the destruction of “classic” celebrity and the cessation of one big stage for the myriad personal stages we now all have access to. These destructed stages also convey the precarity in which we all live where every aspect of our lives are not only performed but performed on a stage open to the scrutiny of anyone and everyone and where failures or missteps will always be championed over success.

SPECTATOR SPORTS asks to consider a (self) portrait of excess. How much is too much self? The mirror and the stage as motifs taken together speak not merely to the development of self-awareness through one’s reflection, but in turn the process of formation and construction of a persona through its replication and experience within a digital realm. A veritable house of mirrors, we watch the reflection of our reflection perform, mistaking surface for depth and illusion for reality, unable to find the exit; the show must go on!

Exhibition catalogue with Essay and Illustrations by Jessica Campbell 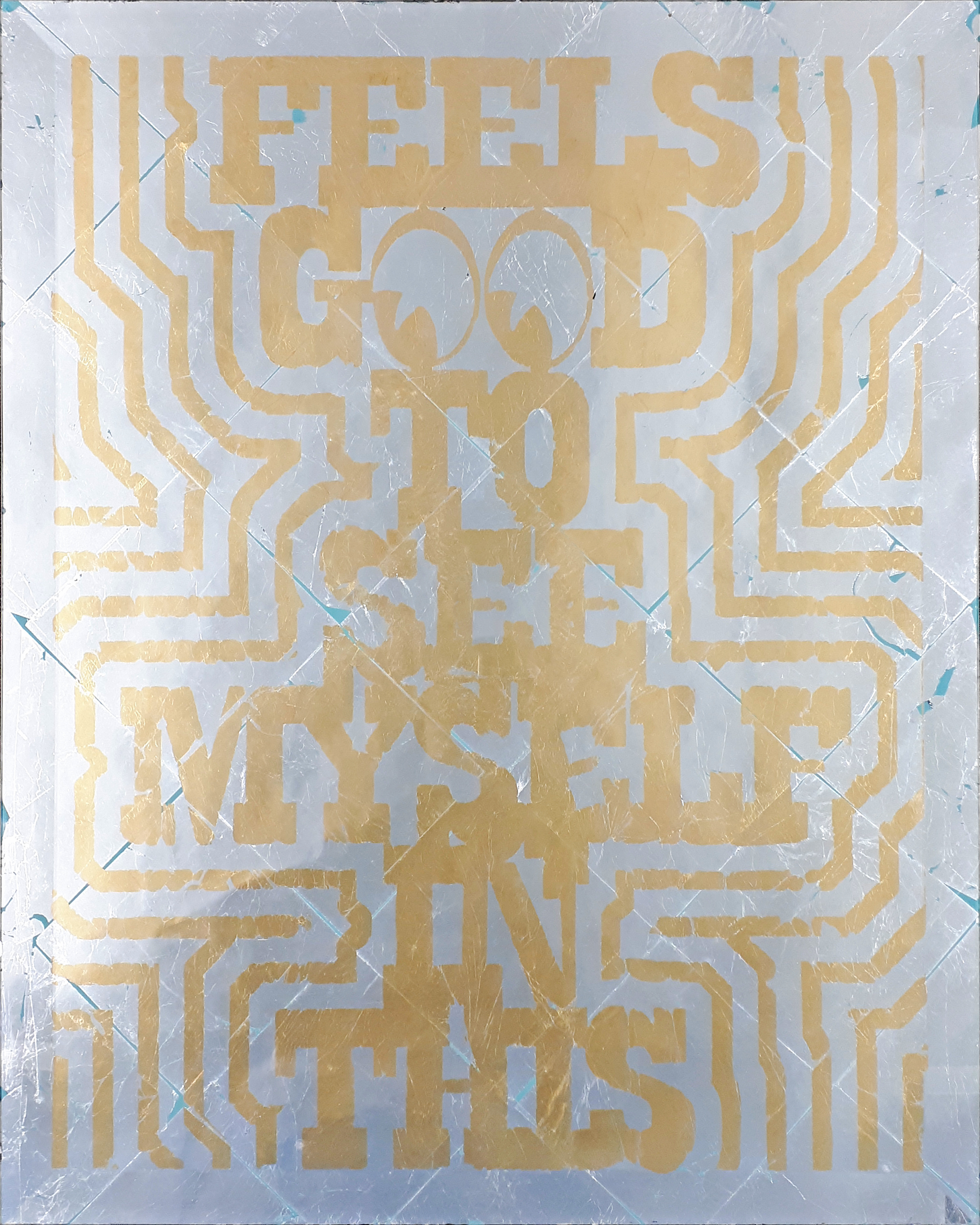 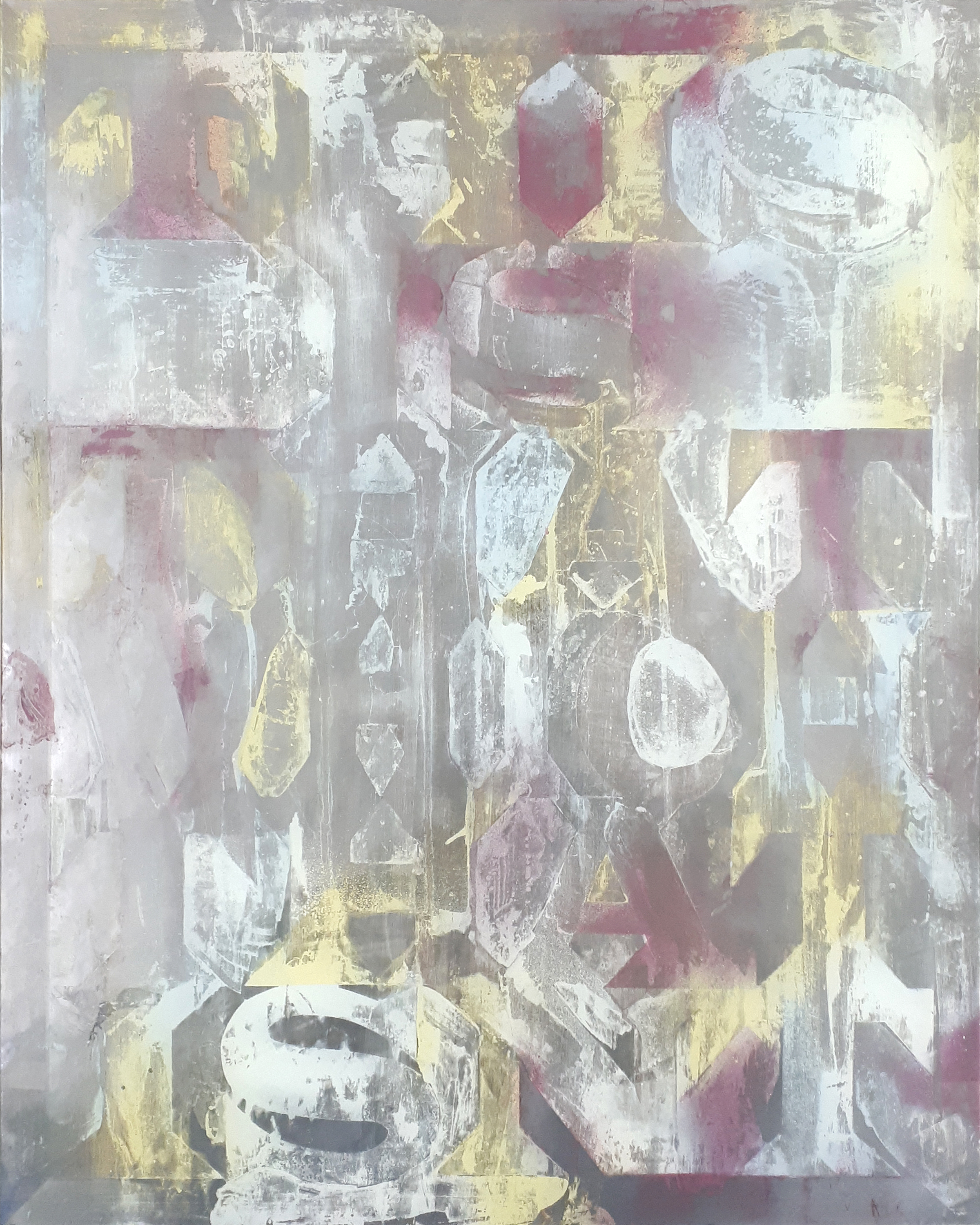 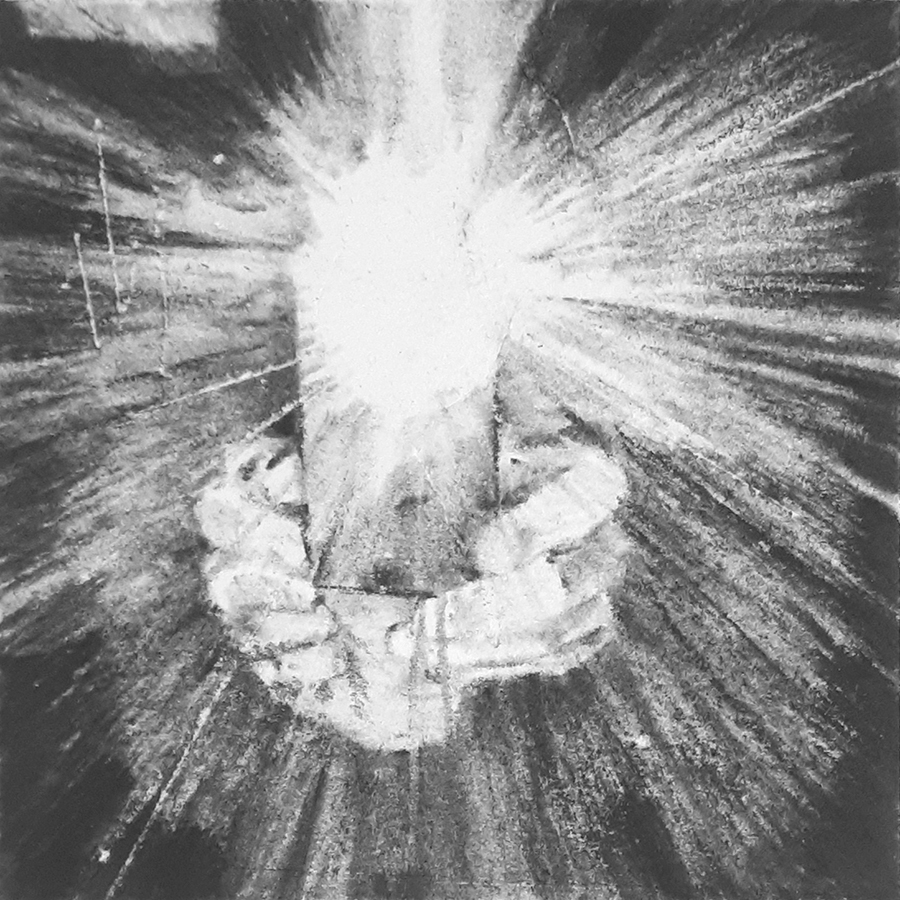 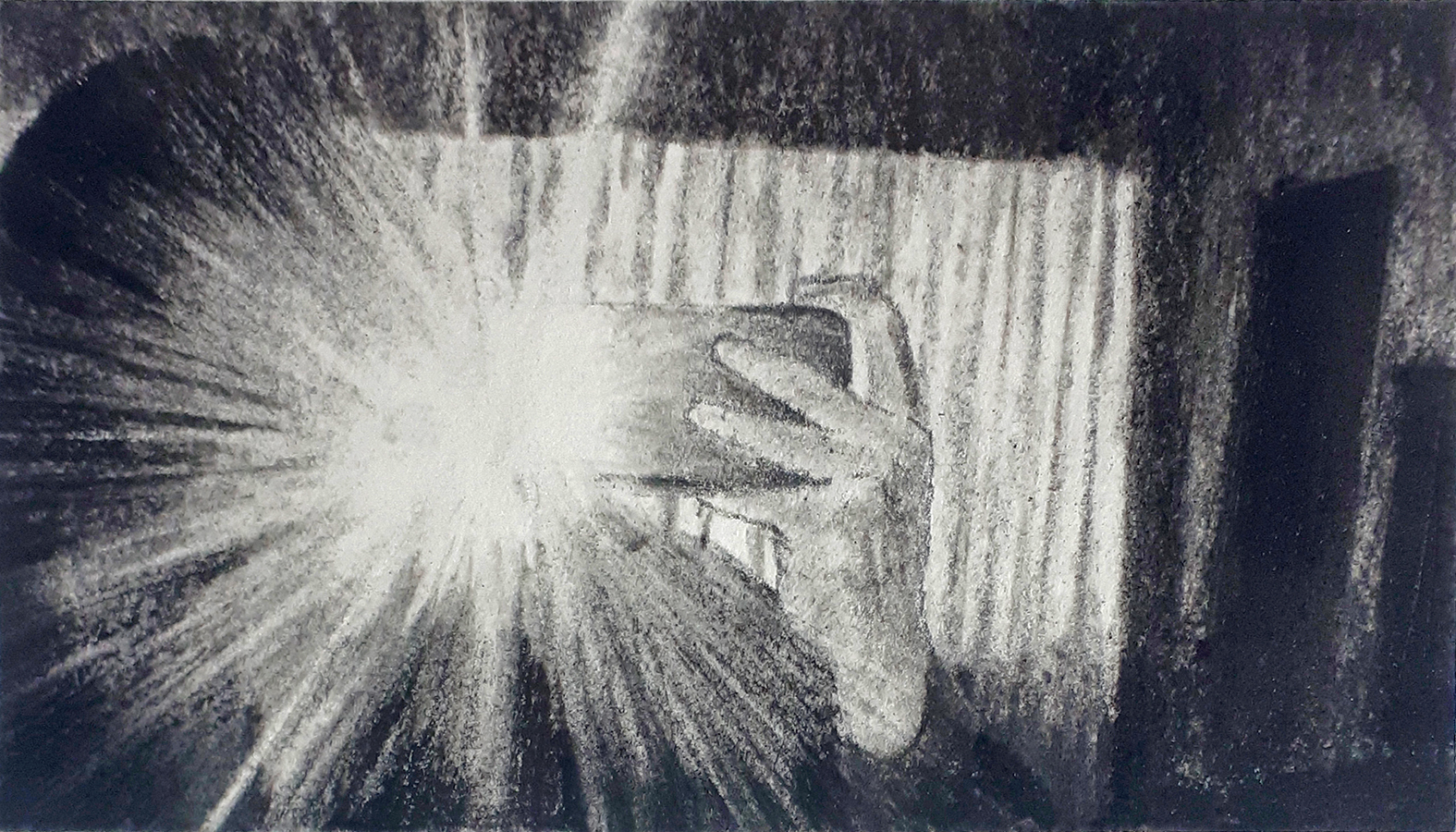 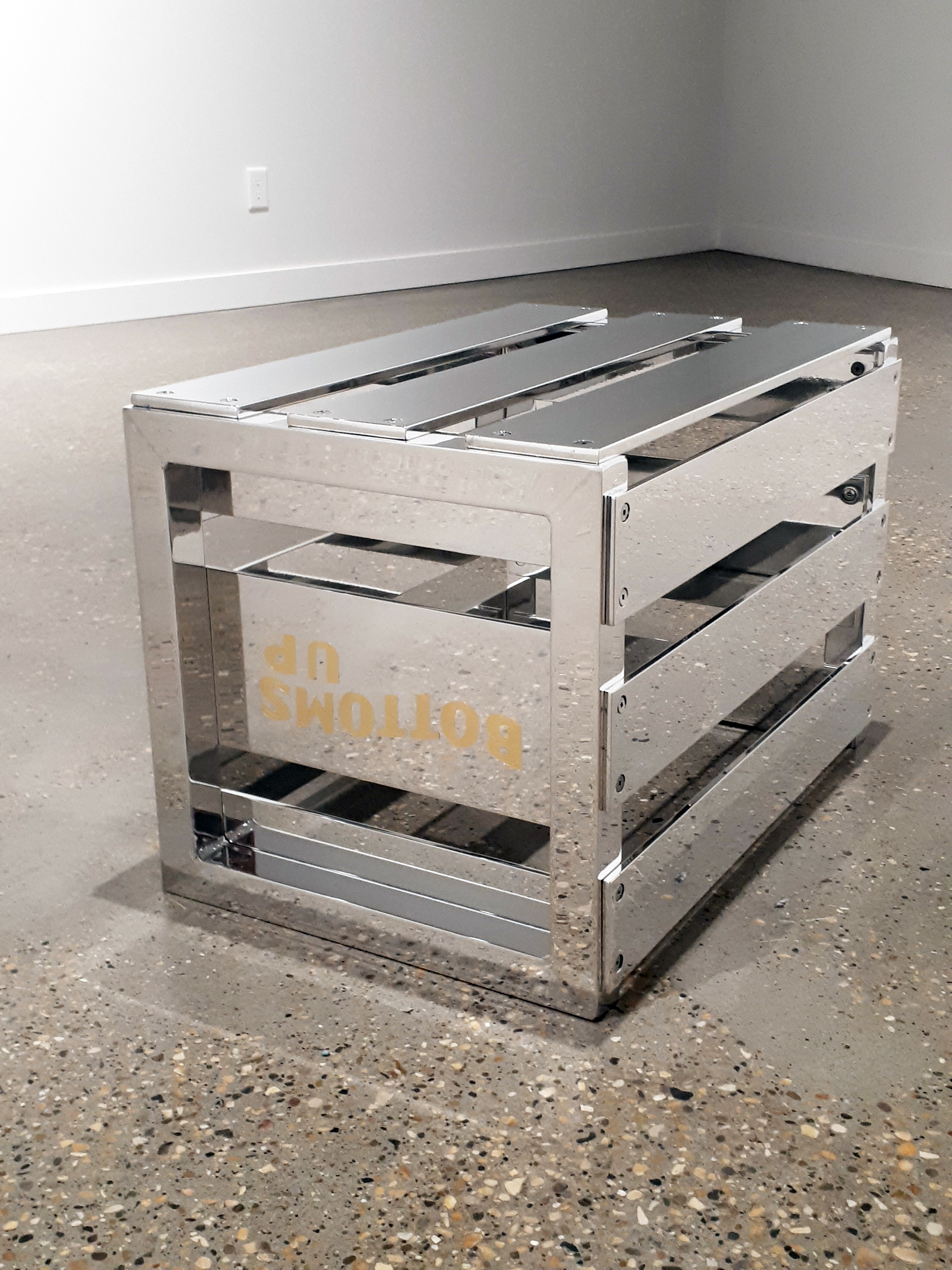 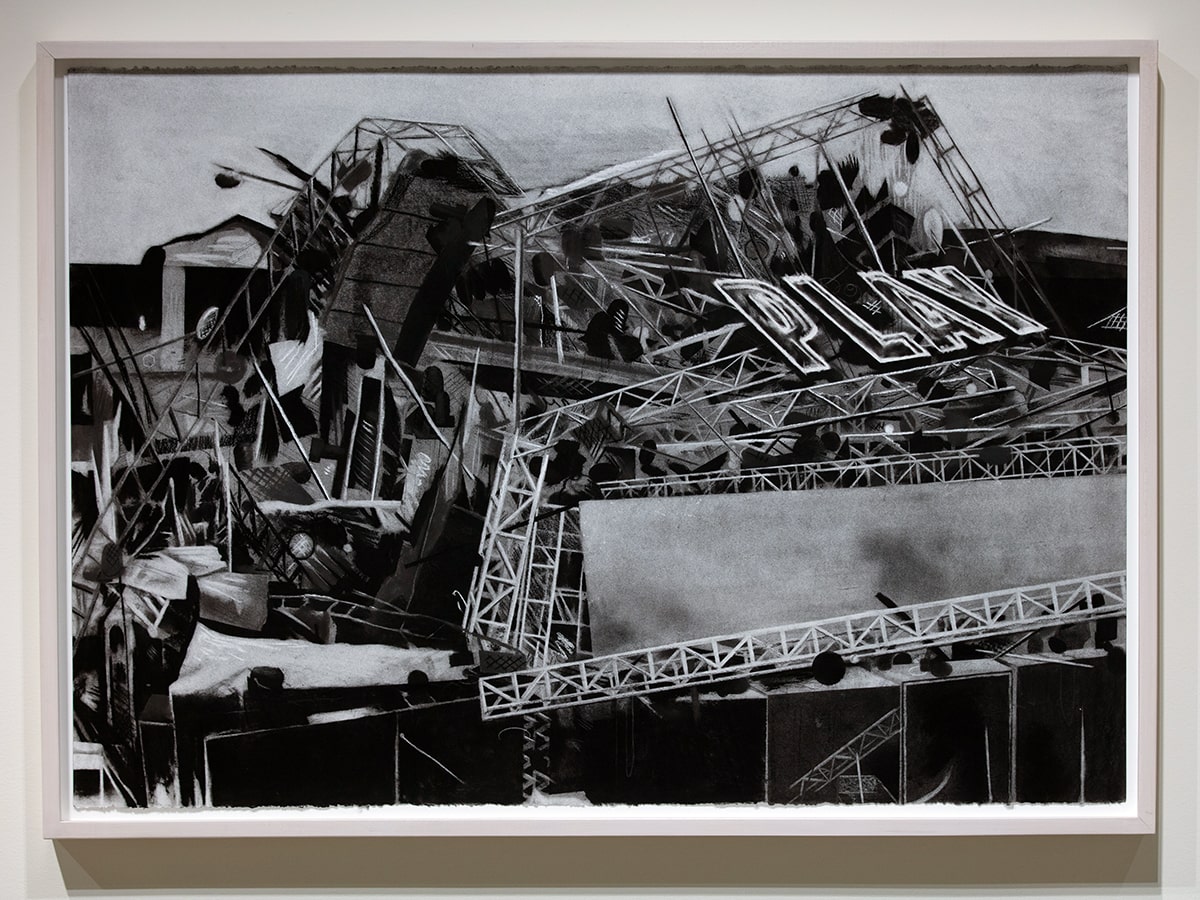 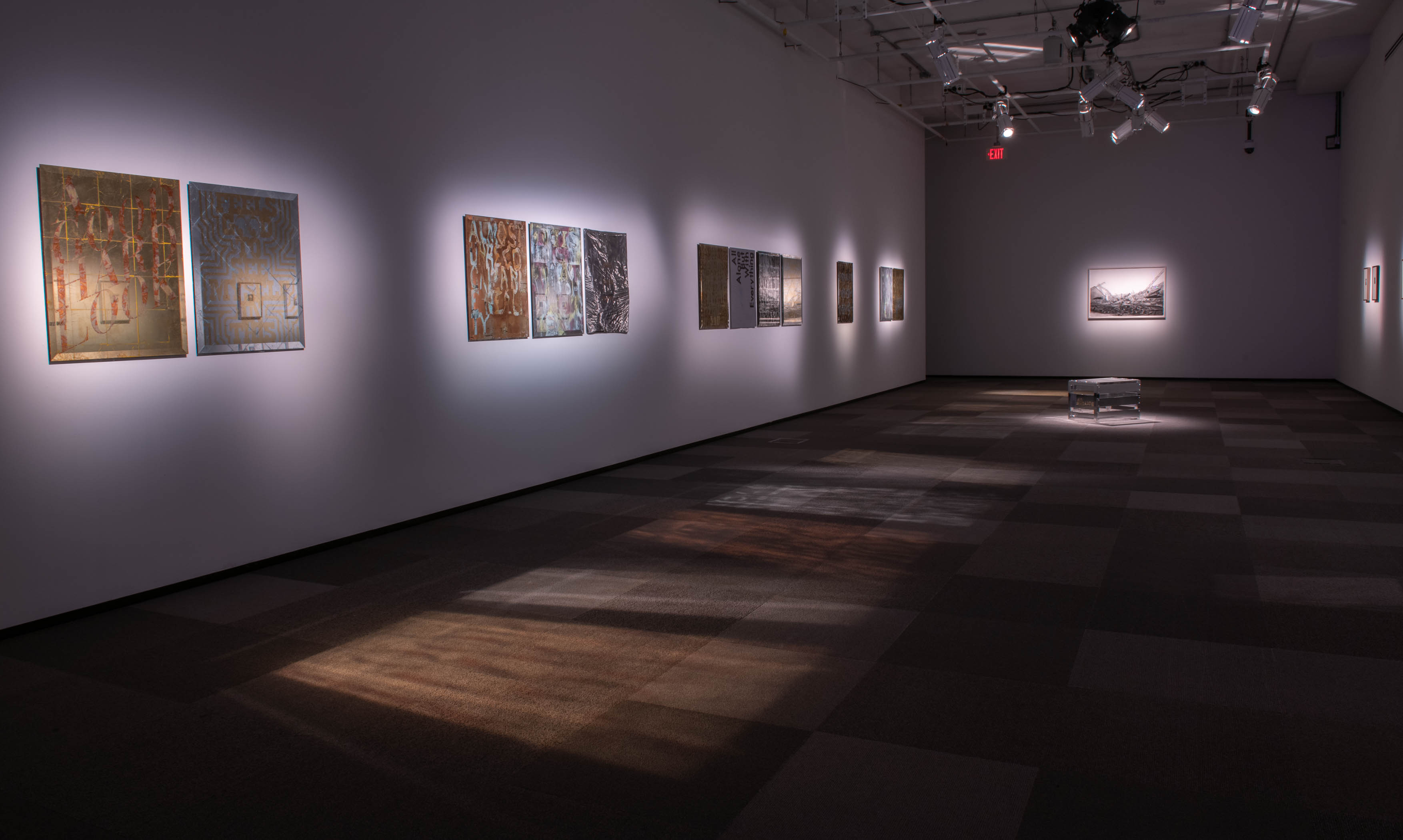 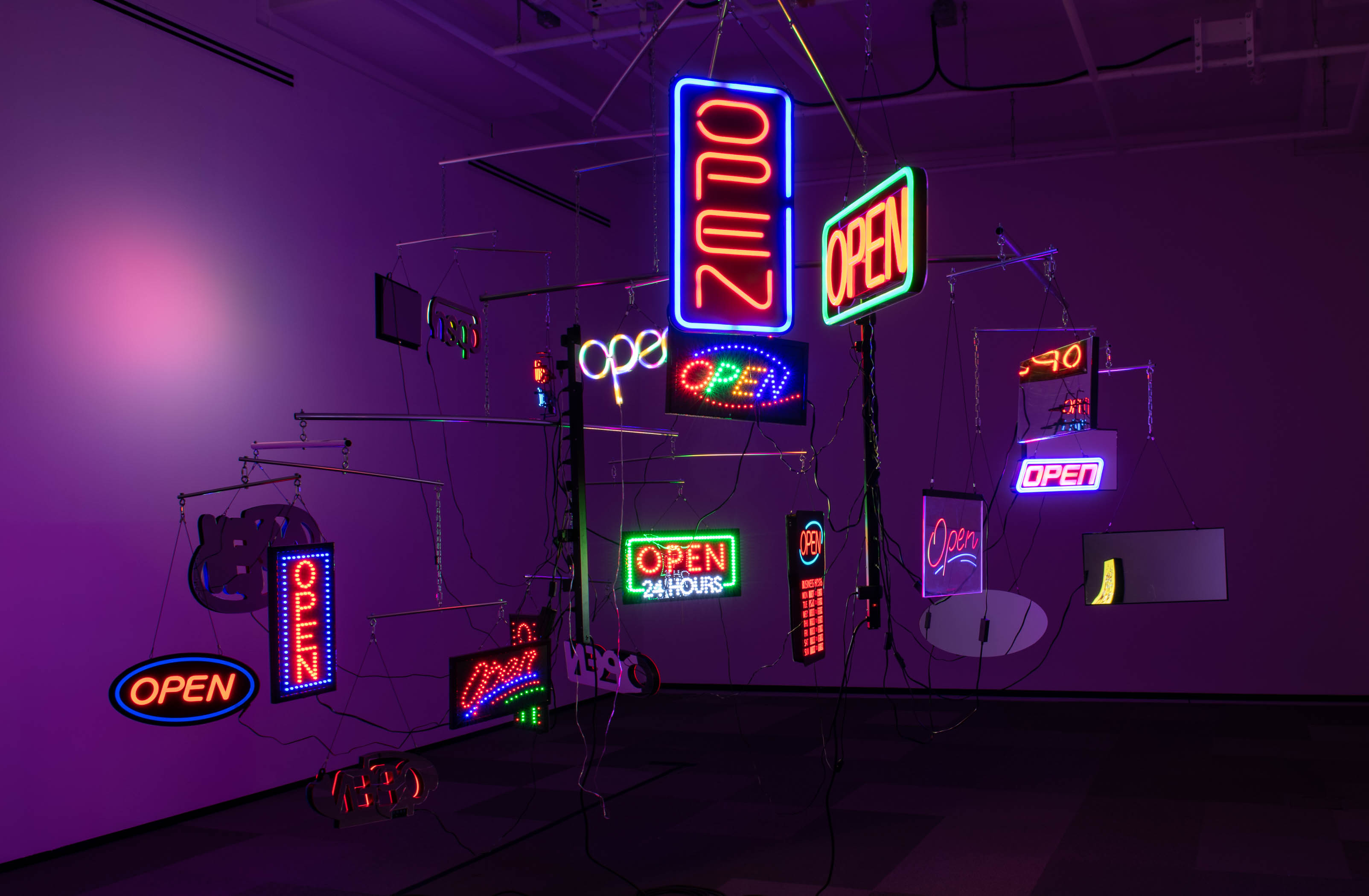