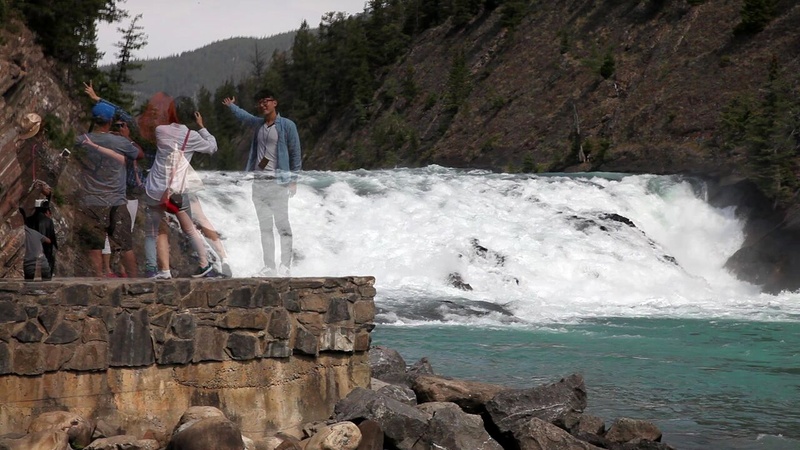 Dan Hudson: 360 and Other Journeys

The Nickle Galleries presents recent video installations and media works by Dan Hudson. Hudson creates contemplative art projects that position the socio-political context of everyday life within the depth of time and the vastness of the cosmos. Ordinary routines and deceivingly simple observations are used as triggers to pose big questions. Hudson’s process intensive projects employ numerous innovative techniques to generate visually mesmerizing results that are both beautiful and thoughtful. Underlying his works are ideas about human significance and insignificance in the face of the fleeting, spiraling nature of time. Hudson’s reach is enormous, spanning the minutia of people’s lives to the movements of planet through space. Grounded in a passion for the natural world, Hudson’s work subtly alters our perceptions and beliefs within the experience of contemporary culture. Where quantum entanglement relates to the interconnectivity of particles, Hudson’s work is interdependent upon his personal experiences, areas of fascination and inquisitiveness. A constant student of physics, anthropology, natural science and history, Hudson purposefully and intuitively examines the world from these perspectives while also alluding to universal phenomenon in his work. Hudson’s video projects explore concepts and perceptions of time. The methodical and ritual approach in the making of these videos is conceptually inseparable from the end result.

Dan Hudson: 360 and Other Journeys will concentrate on the artist’s video and media works, featuring the outstanding 360, a remarkable 12 channel video installation. 360 is a year-long cycle of observations from the streets of Berlin. It is a representation of the earth’s orbit as witnessed from the surface of the planet. The conceptual foundation of the project is rooted in current scientific/philosophical thinking about the nature of time and our perception of it. The structure is based on the twelve 30° divisions of the ecliptic known as the zodiac. Each of the twelve videos corresponds to the time period of a particular zodiac or if you prefer, 30 days. For example, Aries contains footage shot between March 21 and April 19. Each zodiac is represented by a separate self-contained video composition. Together the twelve videos comprise an entire year of surveillances presented as parallel time lines. This project is best understood as a form visual anthropology. It blurs the boundaries between field research, journalism, voyeurism, geopolitical documentation, physics, personal journal, and art.