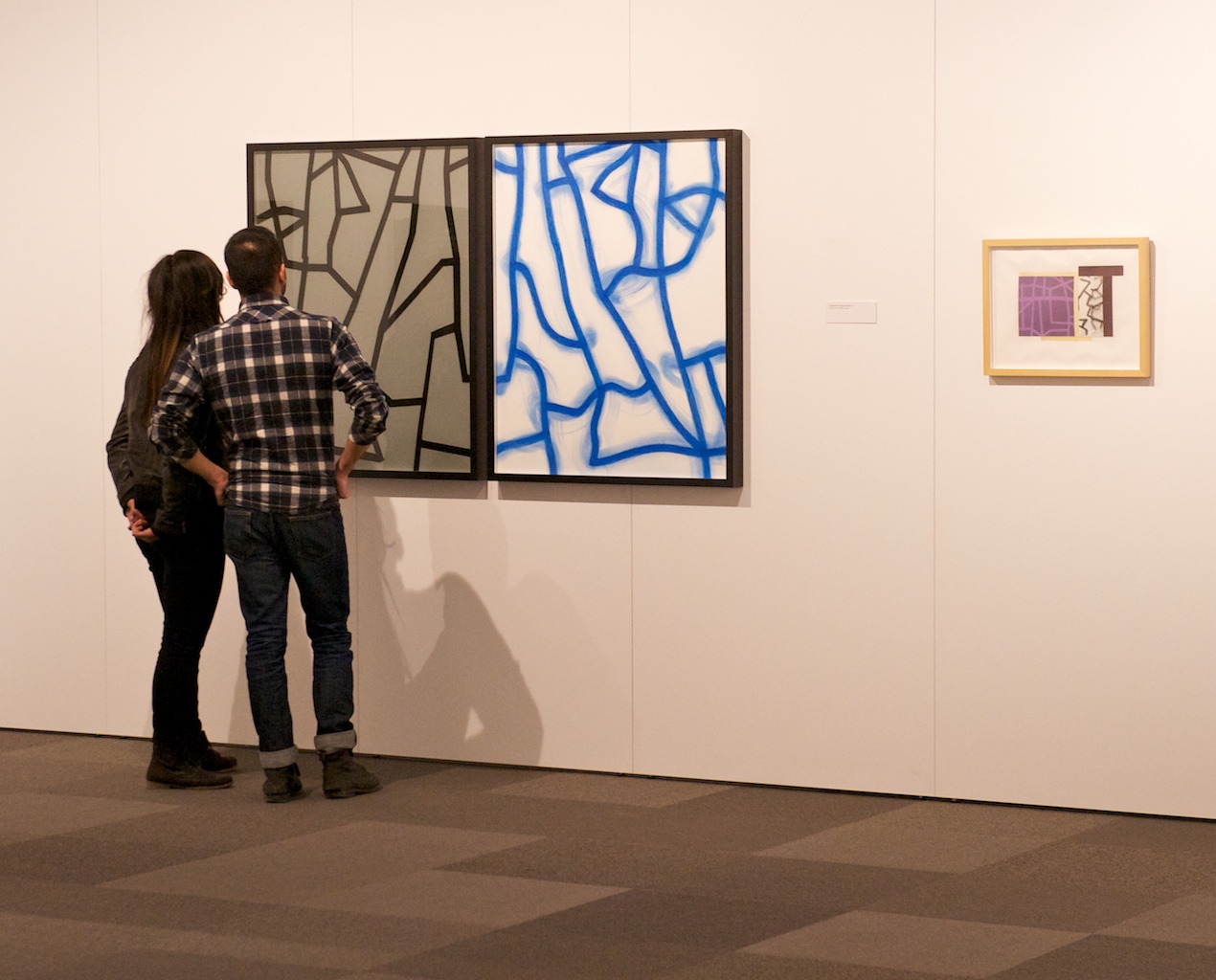 Bill Rodgers is a senior Canadian artist based in Calgary, where he has lived and worked all his life. Although he has had commercial success and a curatorial and critical response in Calgary, his work is not as well-known nationally as it should be. This mini-survey show of selections from the seven bodies of work he has produced over the last ten years is intended to help in rectifying that situation.

Rodgers’ first professional work, shown in the early 1980s after having finished his studies, was paintings on canvas that were in keeping with the New Image art enthusiasm of the day. A dark-haired male figure populated Cubist-like stage sets that embodied both urban and rural elements.

Following these works, the artist created paintings that focused more on his own immediate studio and domestic environment, and he also made a research foray into the history of depicting dead animals in art. Rodgers had made a switch from acrylic to oil paint in 1987, preferring the slower drying time and therefore the possibility of reworking passages. During this period Rodgers was showing in bi-annual solo exhibitions with his dealer of the time, Paul Kuhn Fine Art, in Calgary, as well as being included in numerous curated group exhibitions.

In the 1990s Rodgers became interested in the notion of the palimpsest. He launched a personal research project on the late American artist Jay deFeo and her famous painting The Rose, which she worked on between 1958 and 1966, creating what must be one of the world’s most massive palimpsest creations. Rodgers also researched examples of palimpsests in the form of manuscripts and books held in the British Library. He began scraping down some of his own unsold canvases from earlier years, and then reworking these surfaces, and in some cases incorporating and utilizing the various small holes that ripped open during his process.

One highlight is Rodgers’ group of eighteen paintings called Studies in Citizenship (2008-9), which will be on loan from the Alberta Foundation for the Arts. These works painstakingly reproduce vintage book covers from a bygone era in terms of ideologies and cultural values. The show is accompanied by a full-length colour catalogue with texts by Kelowna Art Gallery curator Liz Wylie, and the Curator at the Nickle Galleries, Christine Sowiak. 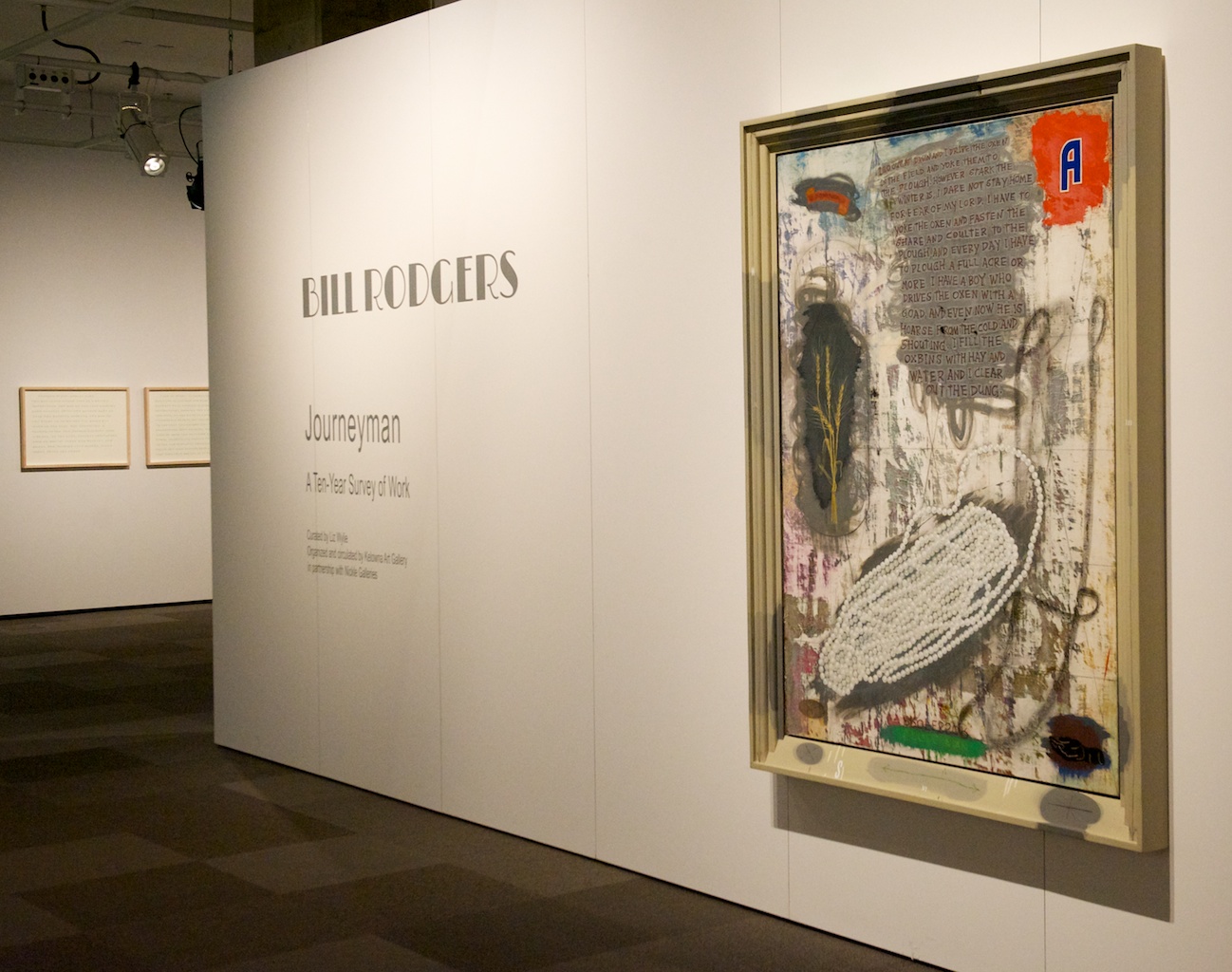 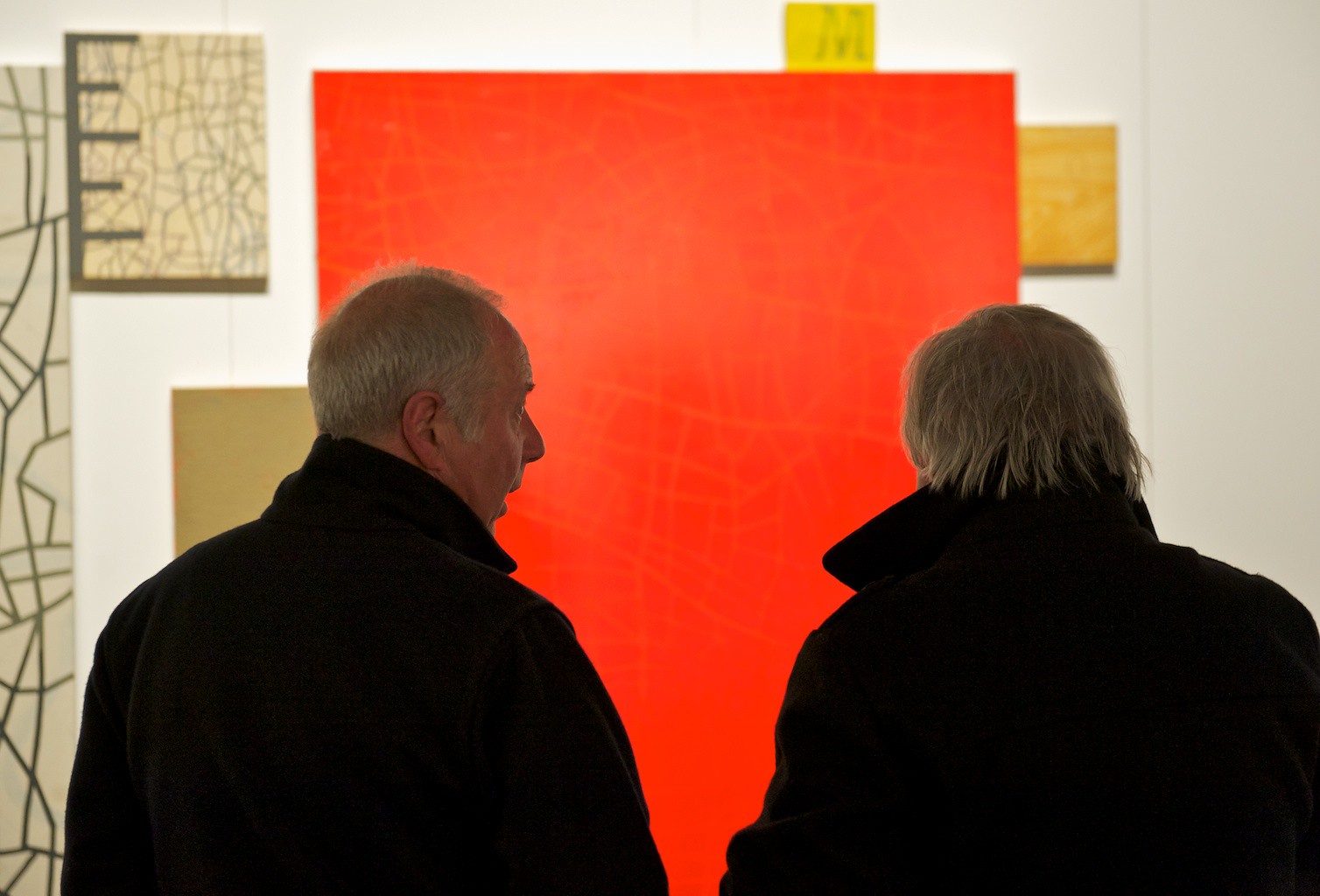 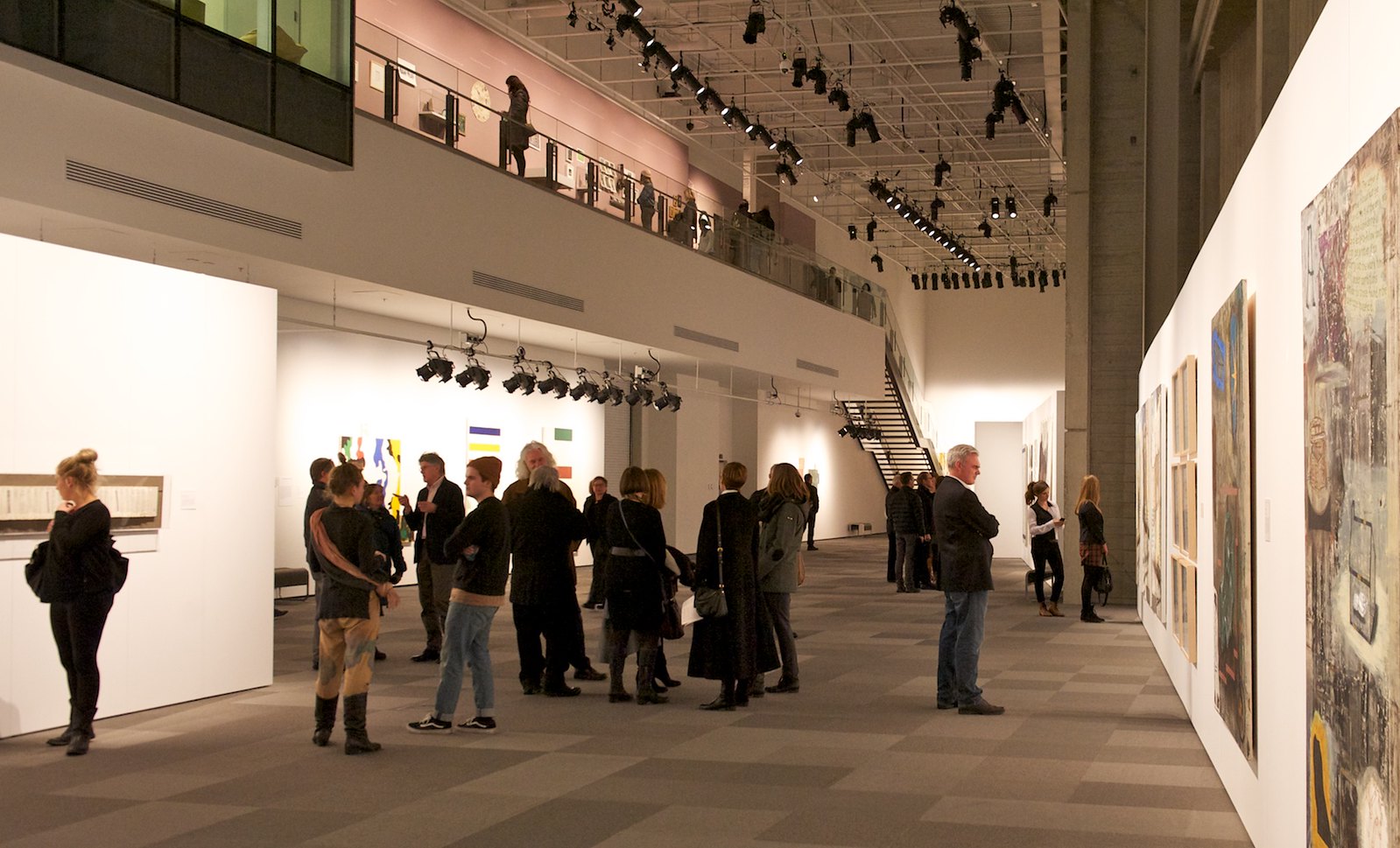 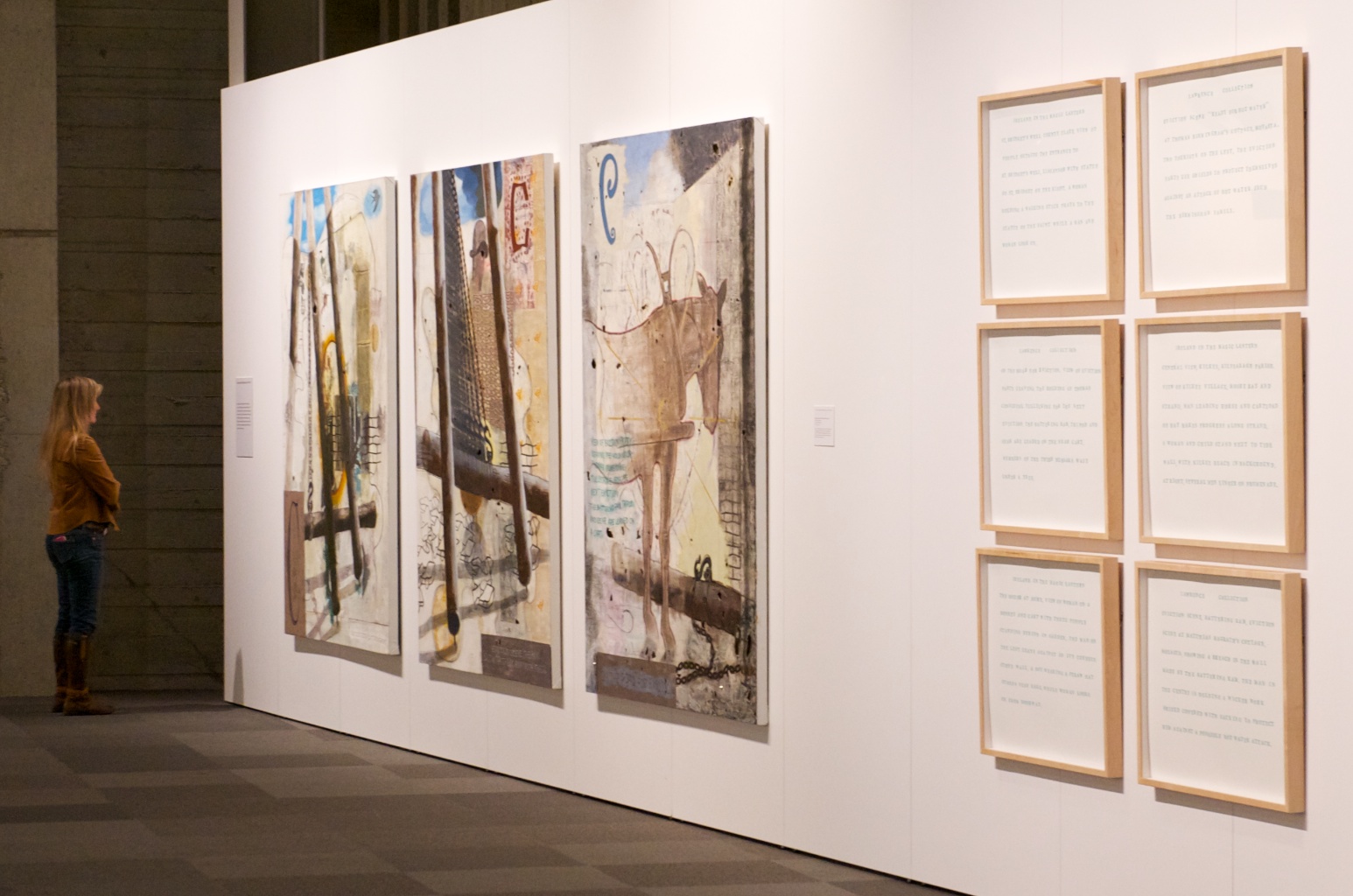