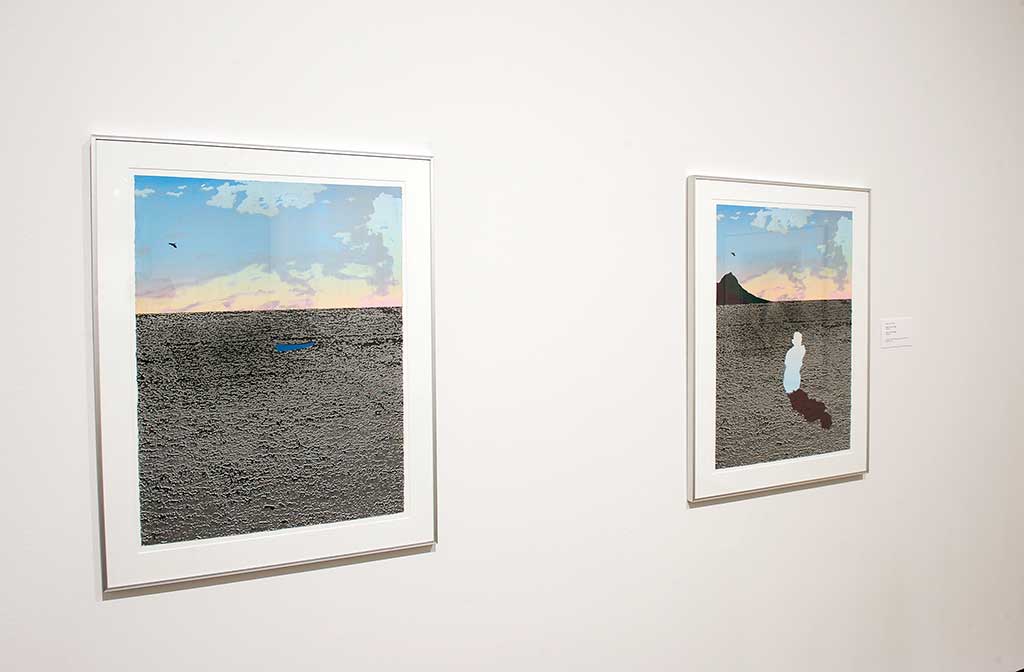 Being There: Mentors and Memories

One of the earliest art works to be donated to the University of Calgary is a delicate wood cut print by Walter J. Phillips, Venus and the Priest (1930). It was accessioned in 1968—eleven years before The Nickle Arts Museum existed.  Since opening in 1979, the Nickle has built a substantial collection of artists’ prints with examples of different techniques from several continents and time periods.  The richness of the collection is due, in no small measure, to the expertise and generosity of William Laing, recently retired Professor of Printmaking in the Department of Art and long-time Nickle collection committee member.

Being There offers a selection of works that span Bill’s career in ‘conversation’ with works that inspire his practice.  Included in the exhibition are prints by David Hockney, John Snow, Bridget Riley, and Jim Dine among others.

William J. Laing was born in Glasgow, Scotland, and immigrated to Canada in 1960. He studied at the Vancouver School of Art and the Brighton Polytechnic before receiving his Masters Degree from the Royal College of Art in London, England, in 1974.  Laing was Professor of Printmaking, Department of Art, University of Calgary between 1977-2015.  He has exhibited in over 500 group shows and 47 solo shows across Canada and around the world and is a member of the Royal Canadian Academy of Arts (R.C.A.), was elected Honorary Fellow of The Royal Society of Painters and Printmakers (London, England) and appointed to the order of the University of Calgary.