Join Michele Hardy and Kawa Aahangar for a virtual tour of Tensile Strength: Weavers and War, an exhibition currently on view at Founders Gallery, The Military Museums, Calgary.

Kawa Aahangar graduated from the Faculty of Political Science of Kabul University. He has worked as a journalist, a public outreach advisor for the Election Commission of Afghanistan and, for the past two decades, has been involved in civil society, political parties and free media strengthening projects in Afghanistan  He has authored books about Islam and Elections and co-authored A Handbook for Women’s Rights Advocates.

Michele Hardy is a curator with Nickle Galleries, University of Calgary, trained as an anthropologist and is an occasional textile maker.

This will be a free, ONLINE event. 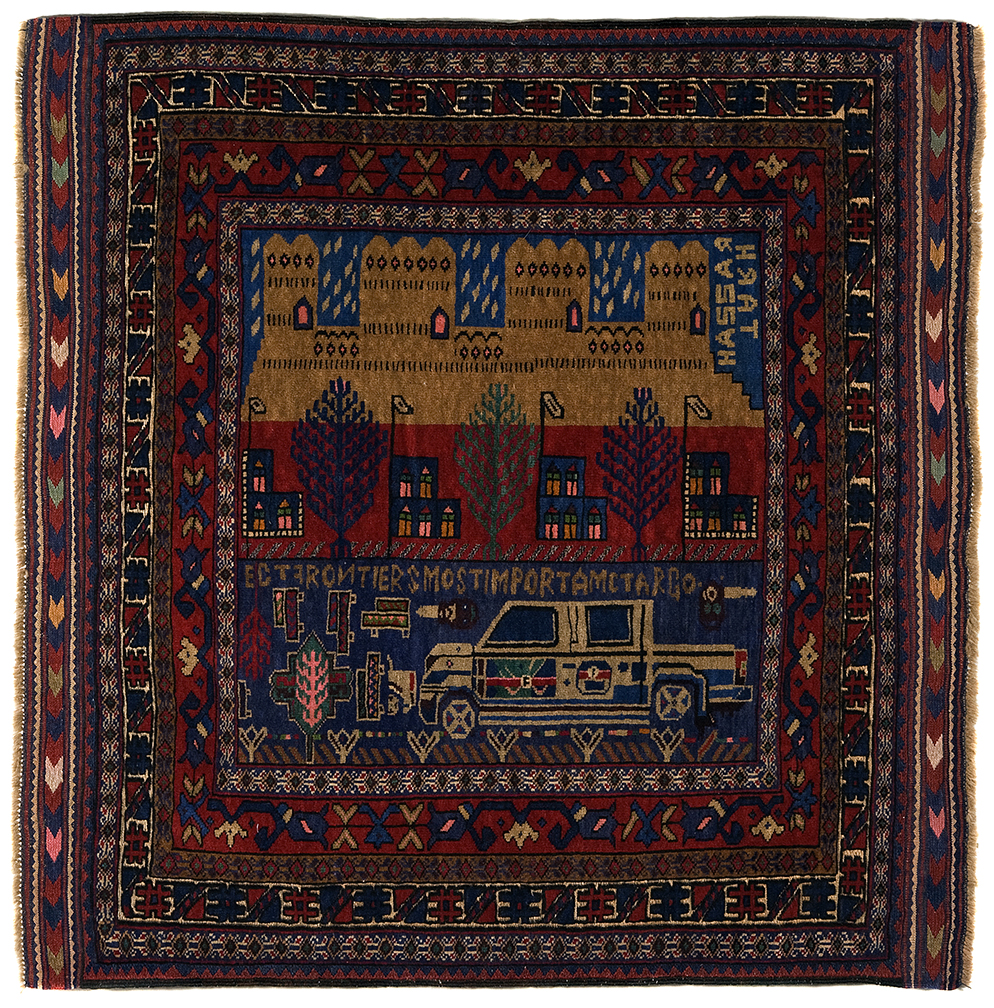 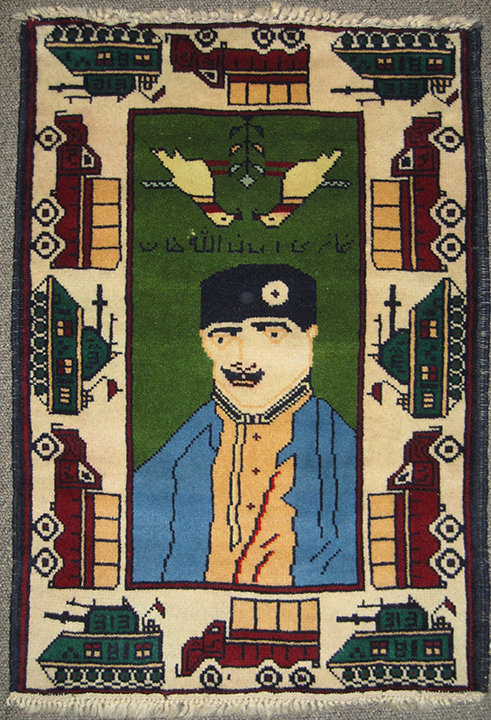 Amanullah Khan Rug with Trucks and Tanks, circa 2000, Afghanistan. Gift of Max Allen, Collection of Nickle Galleries, University of Calgary.