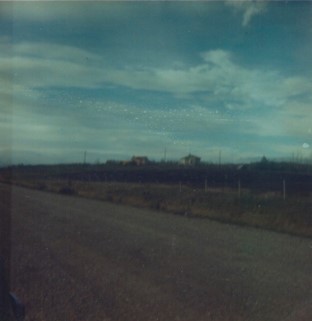 Art after the TRC: A Panel Discussion

Join Nickle Galleries for a special discussion on contemporary Indigenous art with a panel of established and emerging local artists.  We will explore challenges faced by Indigenous artists including those associated with education, access, representation, rights, and responsibilities.  Has the TRC effected the reception of Indigenous arts and what do museums and galleries need to know, now?

Adrian Stimson received his BFA from the Alberta University of the Arts and MFA from the University of Saskatchewan. Stimson’s work investigates identity construction, specifically the hybridization of the Indian, the cowboy, the shaman, and Two Spirit being. He was awarded the Alberta Centennial Medal (2005), Blackfoot Visual Arts Award (2009), and GGArts awards (2018).  Stimson is a member of the Siksika Nation (Blackfoot Reserve, Alberta).

Judy Anderson is Nehiyaw (Cree) from Gordon First Nation, SK, Treaty 4 territory, an artist and Assistant Professor of Canadian Indigenous Studio Art in the Department of Art, University of Calgary. She obtained her MFA at the University of Regina and BFA and BA (Native Studies) from the University of Saskatchewan.  Anderson is the proud recipient of 2017 Salt Spring Prize (Joan McConnell Award + Residency for Outstanding Work) and a REVEAL: Indigenous Art Awards.

Glenna Cardinal continues to explore her bone-deep connection to the reserve land that she grew up on, the land that was her Tsuut’ina Nation grandmothers’ and is now the Southwest Calgary Ring Road. Her work is a response to her displacement and forced colonial identity while seeking comfort in a new place. Cardinal is a Saddle Lake Cree Nation member who continues to reside on her maternal reserve, Tsuut’ina Nation.

seth cardinal dodginghorse is a multidisciplinary artist, experimental musician and graduate of the Alberta University of the Arts. He grew up eating dirt and exploring the forest on his family’s ancestral land on the Tsuu’tina nation. In 2014 he and his family were forcibly removed from their homes and land for the construction of the South West Calgary Ring Road. His work explores his own experiences of displacement and family history.

Alberta Rose Williams was born and raised in Treaty 7 Territory, in Calgary, AB.   Alberta Williams finds passion in art, food, politics and social issues. A graduate of AUArts (BFA’16 with distinction), Williams has worked as an Indigenous youth mentor for Alberta’s Future Leaders, and currently works for Inuit Art Foundation as a Community Liaison as well as continuing her own art practice based in Calgary, Alberta.

Light refreshments will be available.